L-Carnitine (especially its form Acetyl-L-Carnitine, plus bioavailable) is a supplement that has experienced a boom in the last decade as a weight loss supplement. Although its effects in this sense have been reduced over the years, to date it is increasingly emphasizing its role in the brain as a nootropic, ie as a supplement to an improvement in attention, conception and psychic performance.

In this article we will first see what is Acetyl-L-Carnitine, we will analyze its benefits as a nootropic with a look at the latest literature and we will see, finally, how to take it as a dietary supplement. 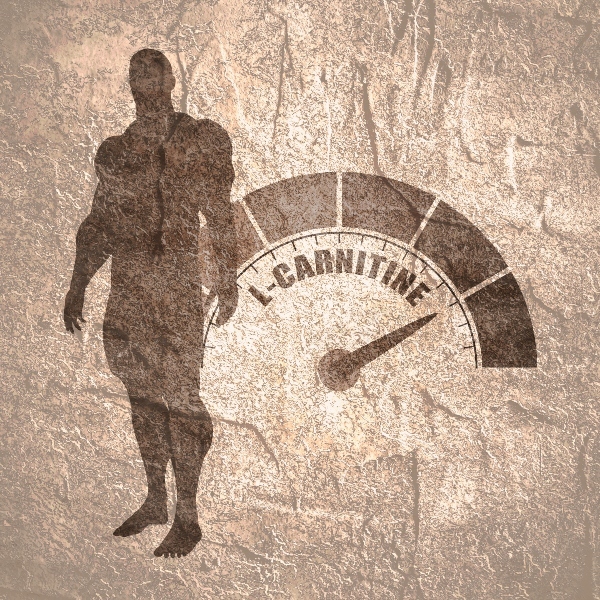 What is the Carnitine

Carnitine is a short-chain non-protein amino acid, the form Acetyl corresponds to the acetic ester of the same and allows a better bioavailability in oral intake (supplement). Carnitine is present naturally in animal tissues, therefore also in man and, among its various functions, the main one is to transport the fatty acids inside the mitochondria in order to make sure that they are oxidized. Hence the idea that carnitine supplementation could improve lipid oxidation and ultimately the weight loss process.

This idea has led to very strong marketing of the supplement in numerous stacks "fat burner" ie stacks of different molecules aimed precisely to burn more calories and slim down faster.

However, this is an idea based on a fundamental error. If it is true that carnitine transports fatty acids into the mitochondria, it is not true that more carnitine leads to more oxidation. It’s like you have to carry two suitcases from Rome to Milan. If it is true that you will need a car to do it, it is also true that 10 cars do not give an advantage compared to having only one!

Hence the focus on the supplement has shifted to other benefits that are actually quite interesting.

The first important role is that of attention and psychic performance. Carnitine has proven effective in more than one study. In this research [3] there was an improvement not only in attendance but also in energy levels of the ALC group compared to placebo. The study also showed a reduction in symptoms related to anxiety states and mood disorders in general.

Not all studies have come together. In this study [4] the researchers found no apparent benefits but attributed the lack of results to the short duration of the trial. For this reason, it is always recommended to analyze the effects of the supplement on a longer time basis, of several months.

The same study analysed earlier [3] identified a reduction in symptoms of depression for the ALC group. Here, too, a very interesting scenario opens up that should be explored in-depth in the literature in order to reduce the pharmacological treatment for people suffering from depression or mood disorders.

Carnitine has also been studied in relation to ADHD in children (attention deficit syndrome). These scenarios place children, even very young, under therapeutic and pharmacological treatment from an early age. Finding a supplement so mild in terms of side effects that it can add to the therapy and possibly lead to a reduction of the same is presented as a breakthrough of fundamental importance. In this study [1] the researchers did indeed find a decrease in distraction in the group taking ALC (Acetyl L Carnitine) compared to Placebo. These conclusions were shared in this other study [2].

Of course, many other studies have to be carried out, but the field seems to be very promising!

How to take Carnitine

The supplementation of Carnitine sees a dosage of 4gr per day (two intakes of 2gr). These are the dosages used in the main studies on mood, attention and ADHD. Normally the recommended dosage starts at 500mg so, our advice is to start from these doses and gradually increase based on the benefits and tolerance of the supplement. Always divide into two daily addictions!

As we have seen carnitine turns out to be a very interesting supplement such as nootropic and psychic performance boosters. Its advantages do not stop here and literature is "with pleasure" studying and deepening numerous other benefits that we will certainly report in subsequent articles on this blog!

Suggested articles
Citicoline | Origin, what is it used for and how does it support the brain
Hericium erinaceus, the fungus of monks
Berberine: a new weapon from nature