Aloe - The plant with a thousand uses
Home / Supplements and Nutraceuticals

Aloe - The plant with a thousand uses

Aloe, whose scientific name is Aloe Vera (Aloe vera (L.) Burm.f., syn. Aloea barbadensis Mill. ),is a plant belonging to the vast family of Aloacee, perennial plants with succulent leaves originating from different regions of Africa, well known and appreciated for its various uses. Per millennia, in fact, this plant has been used for its healing and medicinal properties: it is mentioned in the Old Testament and in the Gospels, and Egyptians, Chinese, Indians and Arab peoples document in their ancient books the use of Aloe vera. Greeks and Romans used its leaves for their anti-inflammatory, regenerating, disinfectant and wound healing properties. In the modern era, however, it is exploited for the production of creams, gels and food supplements. But what are all these fantastic properties due to? Does it really work?

Properties of Aloe: which are they 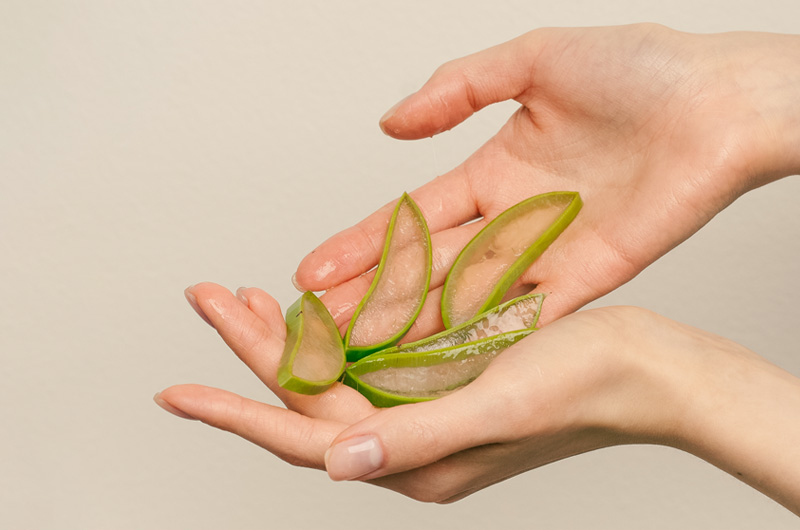 Several species of aloe have nutraceutical and healing properties, which derive almost entirely from two preparations obtained from the processing of its leaves: aloe juice (with anthraquinones) and aloe gel (with water, polysaccharides, vitamins, enzymes, amino acids, mucilages , organic acids). The different chemical composition means that the two extracts have different properties and consequently are used for the formulation of different products.

The aloe gel has a beneficial effect on the stomach and intestines. In fact, it acts as a natural gastroprotector: it is able to protect the mucous membranes, and in this way reduces some annoying symptoms such as burning, regurgitation and nausea, which especially afflict those suffering from gastroesophageal reflux. Thanks to the mucilage of the aloe gel, which contains various enzymes, digestion is also facilitated. The effectiveness of the gel seems to be due to its reversible action on pepsin (stomach peptidase), inhibiting the release of hydrochloric acid and consequently causing a feeling of relief.

At the intestinal level, the aloe gel is able to attenuate the effects of inflammatory diseases such as colitis thanks to the presence of a particular mucopolysaccharide, acemannan, which exerts an anti-inflammatory, healing and soothing action on the mucous membranes. From the studies conducted it seems that the anti-inflammatory activity of aloe is due to the inhibition of the production of prostaglandins, histamine and leukotrienes (chemical mediators that normally stimulate the inflammatory process and which are involved in allergic reactions, autoimmune diseases and immune response).

Aloe is also a panacea for the respiratory tract: it is particularly recommended for the treatment of seasonal remedies such as sore throat, cold or cough and in the convalescence phases of the flu, both for its anti-inflammatory and gastro-protective properties (seen which protects the mucous membranes). But not only: some studies have shown how aloe is able to act against particular types of bacteria, viruses and fungi, preventing uro-genital infections (especially those attributable to the bacterium Escherichia coli and the yeast Candida albicans). 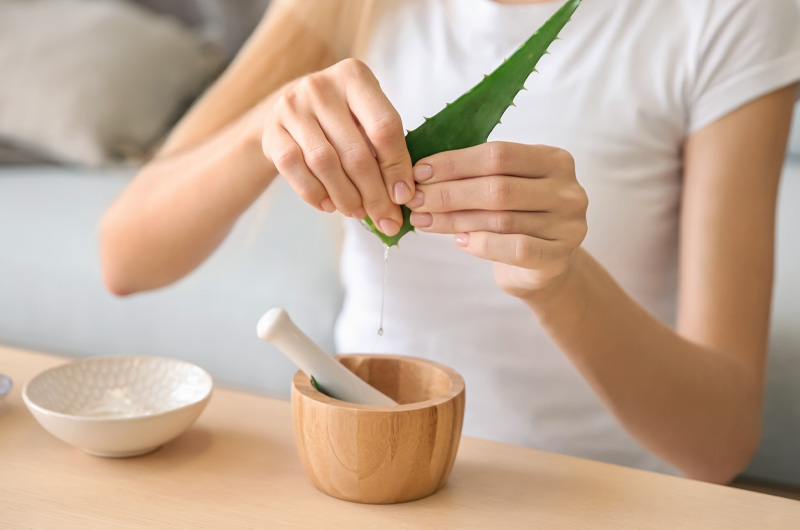 Healing properties are also attributed to the Aloe vera gel. In fact, its use on wounds seems to accelerate healing, as well as having a soothing action against skin disorders such as sunburn, burns, erythema, irritation, redness and small ulcers. In this case, the treatment is topical: it is the direct application of the gel on the skin that makes the difference. Even its use after hair removal or as an aftershave seems to exert a refreshing and soothing action that facilitates the closure of the skin pores, avoiding redness and maintaining hydration instead.

Until March 2021, aloe juice was also used for its laxative properties. In fact, it contains anthraquinone glycosides, substances that reach the intestine and promote the secretion of water and electrolytes, stimulating peristalsis and consequently exerting a rather important laxative action. However, this action is of an irritative type. It is also good to remember that from 8 April 2021 the new regulation of the European Commission that regulates the Salt of Aloe-based supplements came into force: we specify that NOT all Aloe-based supplements have been banned from EU trade. This regulation is in fact to be understood only for products containing Aloe-emodin, Emodin, preparations derived from Aloe species containing hydroxyanthracene derivatives and Dantrone. These molecules are NOT found in the pulp of the leaf used for the production of quality supplements and in the cosmetic sector: the safety of these products is demonstrated, removing any doubt about their use. EFSA's choice is based on the impossibility of establishing a safety threshold for intake, which is instead possible for products based on Aloe gel.

Other properties attributable to Aloe

However, the benefits that can be found with the use of Aloe have not ended: a known characteristic of this plant is in fact also its purifying activity, given to it by the mucopolysaccharides present in the pulp of the leaves, which help to reduce the time of contact with the mucous membranes and eliminate waste and toxic substances present in the body. Its emollient and soothing action favors the functionality of the digestive system, as well as favoring the purification of the organism.

Let's deepen: what it contains

The part of the plant used as a phytotherapeutic and considered safe is the concentrated juice (with a gelatinous consistency and therefore often referred to as a "gel") which is obtained from the pulp of the leaves. This gel is made up of 97% water and the remaining 3% of the active ingredients. However, the following can be extracted from the plant:

This plant, used since ancient times, is therefore a concentrate of beneficial substances. It is therefore not necessary to avoid using it, but instead understand how to choose the best Aloe-based products , which allow us to benefit from all the innumerable properties that this plant contains.

Suggested articles
DRAINING - How to choose and recognize the best
Kudzu: the beneficial and detoxifying Asian plant
Physiology and nutrition of altitude training