Alphazer TALK: in the sign of Gimbo
Home / Video & Workout

Winning is difficult, but confirming oneself is even more so.  Gianmarco Tamberi knows this well . The Olympic gold he won in the sky on that magical Tokyo night turned his career around, repaying him for that damn injury that prevented him from participating in the Rio 2016 Games. satisfied.

Gimbo has remained " down to earth ", and it seems strange to say for an altist. 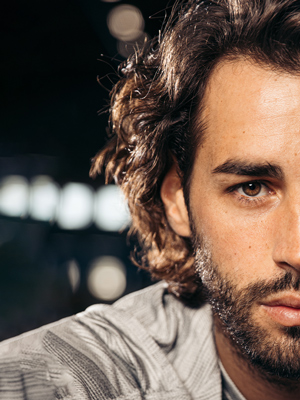 Thirty years old last June 1st, athleticism out of the ordinary, is his twelfth season on the platform but he can't get enough of running and hovering in the air . The desire to get back into the game is as great as the hunger to return to winning in view of a busy summer that, passing through the Golden Gala in Rome , will bring him with awareness and new stimuli to the most awaited appointment of the year: the world championships. of Athletics in Eugene , Oregon.

Always a great fan of basketball, a sport practiced until the age of 17, his 2022 began on the court of the Rocket Mortgage FieldHousein in Cleveland during the NBA All-Star Celebrity Game, which saw him in the role of a spiker. 'exception to the celebrity game, traditional side appointment to the challenge of the stars of the various James Harden, Kevin Durant and Lebron James:

“ One of the most beautiful experiences of my life - explains Tamberi - something incredibly exciting. It is one of the dreams I had as a child that comes true, indeed perhaps THE dream: to enter that field, play with former NBA basketball players, get to know the current ones, and then watch the All-Star Game from five meters ... a crazy experience " .

The time to return to Italy and prepare for the debut on the platform, immediately stamped with the indoor bronze medal in Belgrade, and then immerse yourself in a busy schedule: two stages in the Diamond League circuit (Doha and Birmingham), first Italian outing in Trieste in the International Meeting Jack Benvenuti, then the Golden Spike in Ostrava celebrated with gold, the Golden Gala in Rome and, indeed, the world championships in the USA:

" The World Championships are undoubtedly the biggest goal, perhaps the only one of the year, a fixed obsession. It is the last important race that I miss to win, it would be the way to close a circle. I am confident. A possible eventuality. second place? Wouldn't that be so much fun . "

A thrilling finale was staged in Tokyo, with Tamberi and Barshim paired in the lead until the very end. Then the decision to ask the judges for the possibility of having two golds. The rest is history. It looks like a movie script:

"The choice to share the gold with Mutaz was perhaps the most beautiful of my life , an 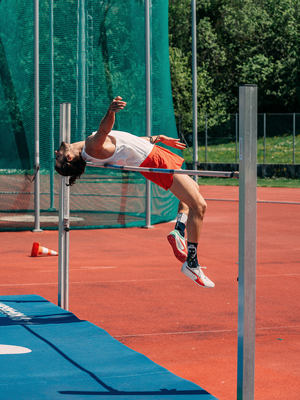 incredible thing, that we still remember and that everyone will remember. He is a friend, a person for whom I have infinite respect. I consider him the jumper in tallest strongest of all time. We are very close, we often talk on the phone and we also trained together. But now enough with the ex aequo ".

To present yourself in the best athletic conditions at the highlight of the year you need intense training and above all a rigorous diet , important for every athlete and essential for those who have to get off the ground:

“There is the awareness of building a path to get to the world championships in the right shape. My sport demands a strict diet nine months a year, a high jumper has to be very light to overcome gravity. In Tokyo I was a leaf. Per the World Cup I will drop to 76 kg. "

Tamberi's diet lasts about 300 days a year. Never at the end of the season, on average from mid-September to mid-October:

“Diet is by far the heaviest thing in my life as a sportsman, there is no intensity of a workout or difficulty of a race that holds up. I love to eat, too bad I can't always do it. I make a point of it, let's say that I go wild in the months when I'm not on a diet. There is no food that I don't like, I always try everything, I like traveling and discovering new cultures, having new culinary experiences. Even if my favorite dish is still grandma's lasagna ”.

Along with the athletic conditions there is also the mental aspect. Gimbo must find the right motivations for the races after the success in Tokyo:

"There is the desire to get back into the game. And it is great, because after the Olympic gold the fear that the typical satisfaction of those who obtain such an important result could occur. Especially in my case, why step on the higher step. the top of the podium in Tokyo was the culmination of a long personal run-up, aimed at recovering what I had taken from my injury in Rio. The knee-high? I wrapped my gold medal around it. As a reminder that sacrifice and success they always go together. That's my story, it doesn't have to be separated. "

Often too many difficulties lead to saying enough:

“I am someone who is not satisfied, and I have the desire to demonstrate that there are no limits. The temptation to say enough was there. You tell yourself: I have suffered so much, I'm not so sure I still have that desire. I suffered from diet, pain, insecurities, because if you have a father who is a coach, your relationships are always a bit unbalanced, also because you spend more time with him than with your girlfriend. The relationship I have with him is not simple, there are ups and downs, over time we have learned to find a balance. But we have always had the same goals in mind ”.

After a gold medal at the Olympics, his way of approaching work hasn't changed: 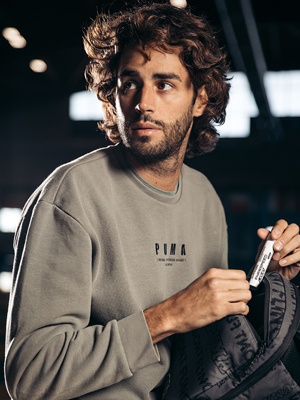 "That being discontented, dissatisfied after a disappointing performance but also after a training that did not bear the hoped-for results, is a part of me that has not disappeared. But it is an aspect of character that has helped me to be even more demanding, in the daily sessions as well as in competitions. Difficulties always exist: it is taking them head-on that helps to overcome them ".

In the thoughts of every athlete there is always that of being able to beat the world record:

"Pretentious to believe that it can soon be beaten: it has resisted for years and years, many have struggled only to get close to it. There is a project to observe it from an ever closer distance, yes."

Gimbo will pull the plug in September. At the table, but not only. In fact, the time has come for him to have a family of his own and in September he will marry his Chiara, with whom he has been engaged for twelve years:

“I had to wait before winning the Games, she also knew how important this was, how much I had personally invested in life. Getting married earlier would have taken away the importance of marriage, and it would not even have been consistent with what my trip to the Olympics had been ”.