Anxiety and mood disorders: nutraceutical in our help

Anxiety and mood disorders: nutraceuticals to our aid

More and more daily life, particularly in this historical period, subjects us to situations that push our body and also our mind to increasingly harsh and exhausting tests. This unfortunately can lead in some cases to try malaise that in the long run, if not treated and underestimated, can lead to real pathologies such as anxiety , stress and depression. 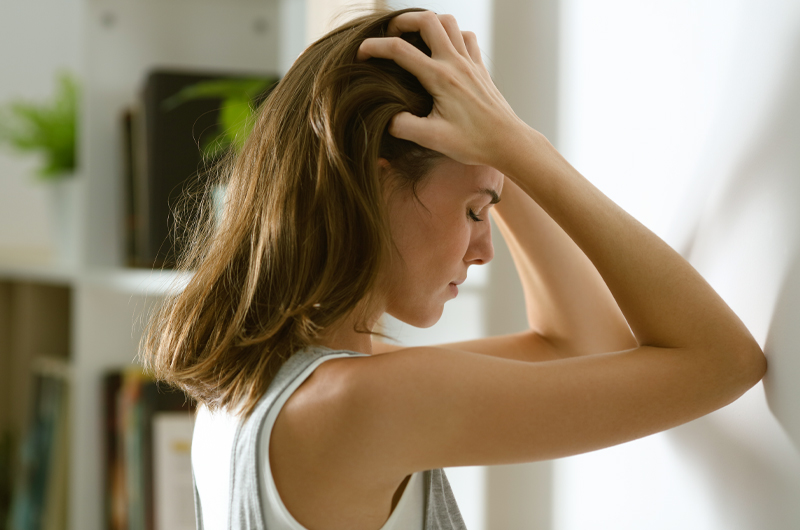 Depression in particular is one of the most prevalent psychiatric disorders, and is estimated to affect over 300 million people worldwide, representing approximately 4.4% of the world's population. Among the causes, it has been ascertained that some environmental factors may also be involved in the onset and development of depressive symptoms. Among these factors, those related to chronic stressful events that occur in life, especially during adulthood, can activate or amplify the expression of depressive symptoms. While some people even exposed to stressful events show no signs or symptoms of depression, others when exposed to psychological stress are vulnerable to developing depressive symptoms. Clinical management of these conditions is often based on the use of certain antidepressant drugs, along with psychotherapy and other alternatives in more severe and complex cases.

Despite targeted treatment, a large percentage of depressed patients do not respond to the use of conventional therapies. This has led the medical scientific community to research, study and become interested in new approaches to help and improve the clinical management of patients who need a multidisciplinary approach. Studies on nutrition and supplementation as a support to treatment are gradually becoming more numerous, with research results progressively even more valid to refute their actual use.

Nutraceuticals , as we know, are natural compounds contained in foods or food derivatives with proven benefits both in promoting health and in preventing and treating diseases. In fact, the term "Nutraceutical" arises from the merger of the terms "nutrition" and "pharmaceutical", thus indicating the discipline that encompasses all the components or active ingredients of foods with positive effects on health, prevention and treatment of diseases. Let's now see together which are the plant phytoextracts able to provide mental well -being, relaxation and improve the levels of uptake of the hormone serotonin, responsible for mood and able to counteract anxiety and depressive symptoms.

Below is a list of nutraceutical products with scientific evidence supporting the positive effects for psycho-emotional disorders, also focusing on their mechanisms of action. 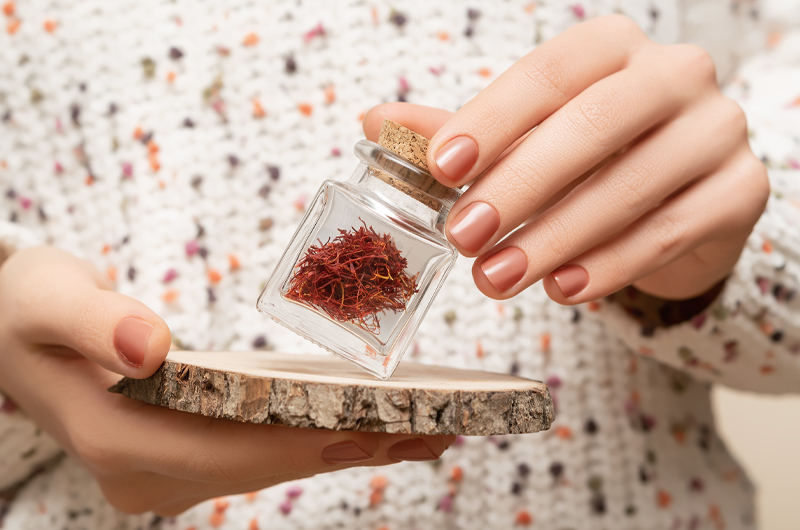 Spice known for its use in cooking, but also known in traditional medicine since ancient times for its positive effects on mood, it is among the most studied non-pharmacological solutions to improve mood symptoms and resilience to stress. Indeed, natural products such as saffron have been identified as promising following numerous studies that have demonstrated preliminary beneficial effects in the treatment of major depressive disorder, and represent a complementary or alternative strategy to classic treatment.

Saffron stigmas are naturally rich in four major bioactive compounds: crocin, crocetin (the product obtained from the hydrolysis of crocin), picrocrocin and safranal, and are traditionally used in Asian (particularly Persian) medicine to treat a variety of physical ailments, including menstrual disorders, inflammation and depressive symptoms. Their mechanism of action is able to influence the levels of serotonin in our body: saffron inhibits its reuptake, blocking the SERT transporter. In this way, more serotonin is released in the brain, and this participates in the induction of a state of well-beingand good humor. 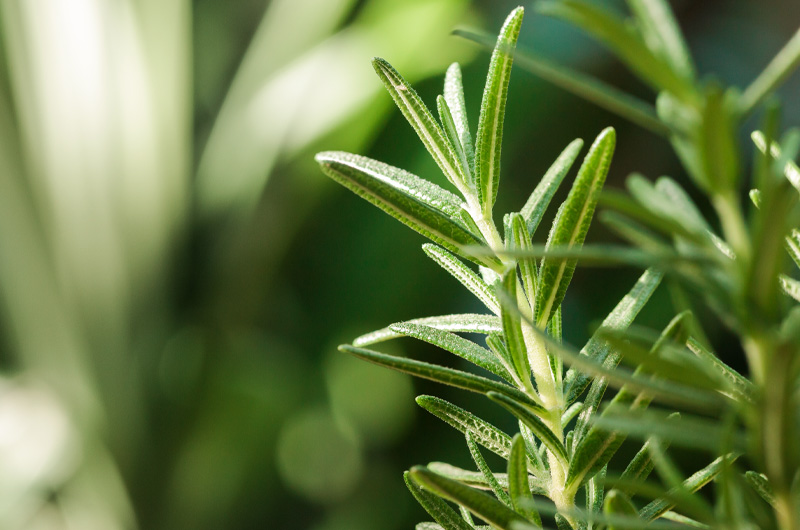 Rosemary, whose scientific name is Rosmarinus officinalis, is an evergreen bushy shrub that grows along the Mediterranean Sea and in the sub-Himalayan areas. In folk medicine, it has been used as a mild analgesic and antispasmodic, to treat intercostal neuralgia, headaches, migraines, insomnia, emotional disturbances and depression. Several investigations have highlighted the neuropharmacological properties of rosemary, which also has important antimicrobial, anti- inflammatory, antioxidant, antiapoptotic, antitumor, antinociceptive and neuroprotective properties. Furthermore, it is shown to have clinical effects on mood, learning, memory, pain, anxiety and sleep. Some of the molecules present in rosemary are phenolic acids, flavonoids, diterpenes and triterpenes, antioxidants well present in the extracts of this plant, useful for this in the body's fight against free radicals. 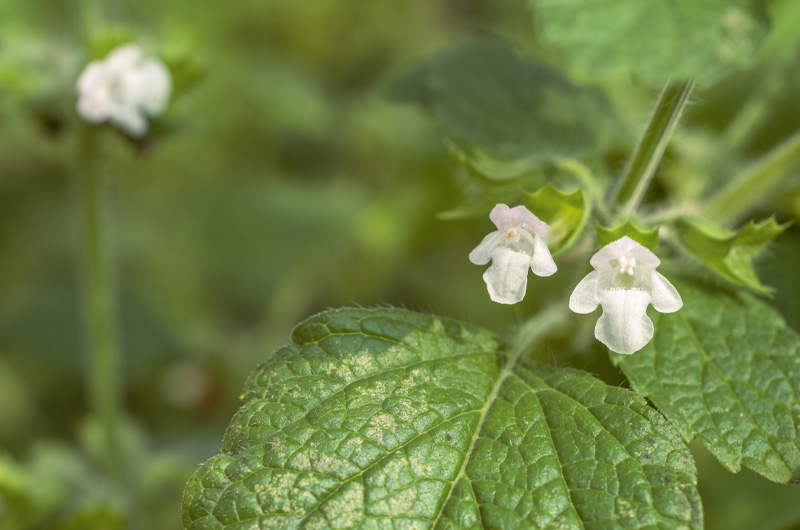 Known as Melissa officinalis, Lemon Balm is a perennial aromatic herb grown with an intense lemon aroma. Documents relating to its use as a medicine date back over 2,000 years, but more recently the focus of research has turned to the bioactive properties of this plant, including its effects on the central nervous system. As for the neuro-cognitive action, some research has shown that lemon balm extract can improve mood and attention. A study also found that chemicals called terpenes in lemon balm can help calm people with severe dementia by reactivating brain circuitry. 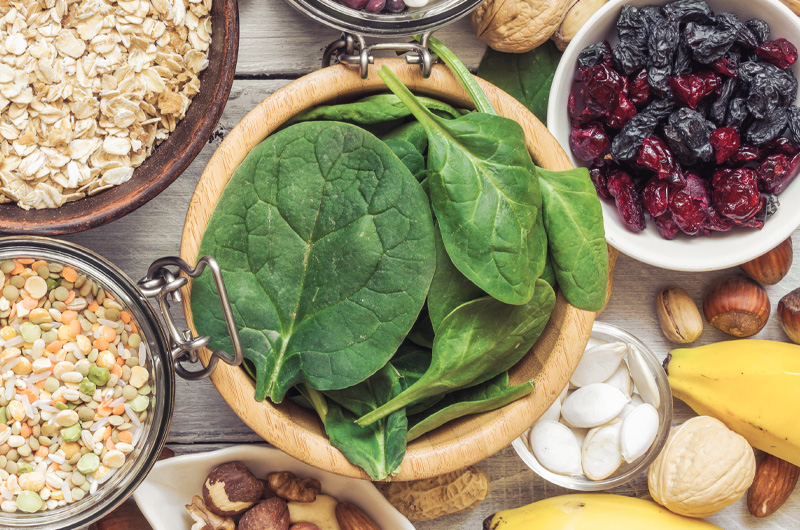 Magnesium (chemical abbreviation Mg) is an essential mineral used in the human body as a cofactor in over 300 biochemical reactions, necessary for the body to maintain homeostasis. The biological functions of Mg are wide and varied, and include the production of nucleic acids, involvement in all reactions fueled by adenosine triphosphate (ATP), and the modulation of any activity mediated by fluxes of intracellular calcium concentrations (eg., release of insulin, muscle contraction).

Support for supporting the relationship between Mg and affective states comes from the evidence of the efficacy of Mg supplementation in the treatment of depression. In fact, in humans, the intake for 12 weeks of 450 mg of elemental Mg has been shown to be effective in reducing the symptoms of depression as a tricyclic antidepressant ( Imipramine 50 mg) in elderly depressed patients with low levels of magnesium in the blood and with additional diseases, such as type II diabetes, while in other studies, supplementation with Mg has been shown to be effective in alleviating the affective symptoms associated with chronic fatigue syndrome. This precious mineral stimulates the production of serotoninand nerve function, favoring the transmission of impulses. It is also indicated during PMS, where magnesium levels fall physiologically.

From the constant research of the R&D team of Yamamoto Research, always careful to provide cutting-edge and high quality formulations, the Ansitex product is born: based on Melissa Bluenesse ® extract, Moodreal ® Saffron extract and magnesium, developed to improve tone mood and reduce anxious states. Every single component is chosen to guarantee the effectiveness of the product, and these plant extracts act in synergy to improve the levels of uptake of the hormone serotonin, responsible for mood and able to fight anxiety and depressive states.

Suggested articles
Better sleep thanks to GABA
Memory and concentration at the top
Ashwagandha: a valuable ally against stress