Beach volleyball is a team sport that was born as a variant of volleyball . Two teams made up of two people each collide on a sand field, 16 × 8 meters (each field is an 8 × 8 m), divided by a net. 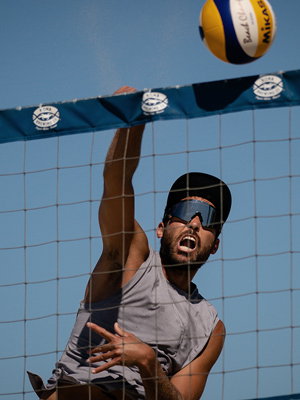 The height and characteristics of the net are the same as for volleyball (2.24m for women and 2.43m for men).

Beach volleyball is a sport that in 1996 had its inclusion among the Olympic disciplines: in fact a crowning of indications that came from the sports world of volleyball, in which for some time it was asked not to consider beach volleyball as a simple transposition of the characteristics of indoor volleyball, in fact only played on the sand. It is not only the surface that differs but many technical characteristics, such as the lack of the notable differentiation of the role of volleyball, which requires an important technical / athletic specialization, but in particular the differences related to the environmental conditions that can be very different (from the heat in the cold, from the intense sunlight to the games played at night, the wind, the considerable dehydration that derives from it, the sand mixed with sweat and, in particular, the playing surface, the sand in fact, which requires a particular diversity of the technical gesture / athletic which obviously is made difficult in what the typical gesture of volleyball is: the jump.

In addition to these substantial differences, it should also be noted that each team is made up of 2 athletes: this requires considerable technical and athletic versatility , accompanied by specific agility . All this makes it clear that the physiological needs of the beach volleyball player are much higher than those of the volleyball player. Some specific physiological differences testify: the beach volleyball athlete is in fact of lower weight and height than the volleyball player, with a VO 2 -max ( maximal oxygen consumption) between 60 and 70 ml / min-1. kg-1 (Cossart et coll. 1997), against average values ​​of 55 ml / min-1. kg-1 by the indoor volleyball specialist (Zsuzsa and Forman, 1995; Smith et al., 1992;).

The anthropometric characteristics are also substantially different, linked precisely to the 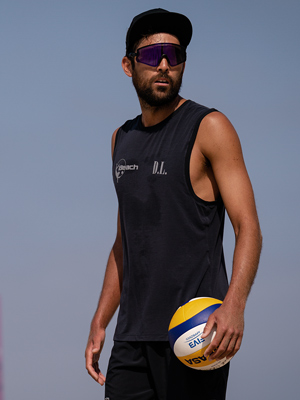 versatility that requires skills of another kind. An Italian study in 2001, analyzing the jump with the CMJ according to Bosco's method, estimated that the jump on the beach requires a greater amount of energy, confirming the differences described above.

This discipline is however characterized by its intermittent nature . In fact, short periods of maximal or sub-maximal activity alternate with phases of moderate or low intensity activity for longer periods. The game / pause ratio is in fact 1: 4. The heart rate (HR) is very stressed, to the point that during the game it is very often between 85% and 95% of the HR-max (study published by Prof. Roberto Colli in 2007).

In 10 years of the World Tour, a study has highlighted the different phases of the game: for a beach volleyball match the standard duration is between 30 and 64 minutes and includes between 78 and 96 exchanges (rallies). The total rest time and duration of each rally is approximately 17 minutes and 8.5 seconds respectively. 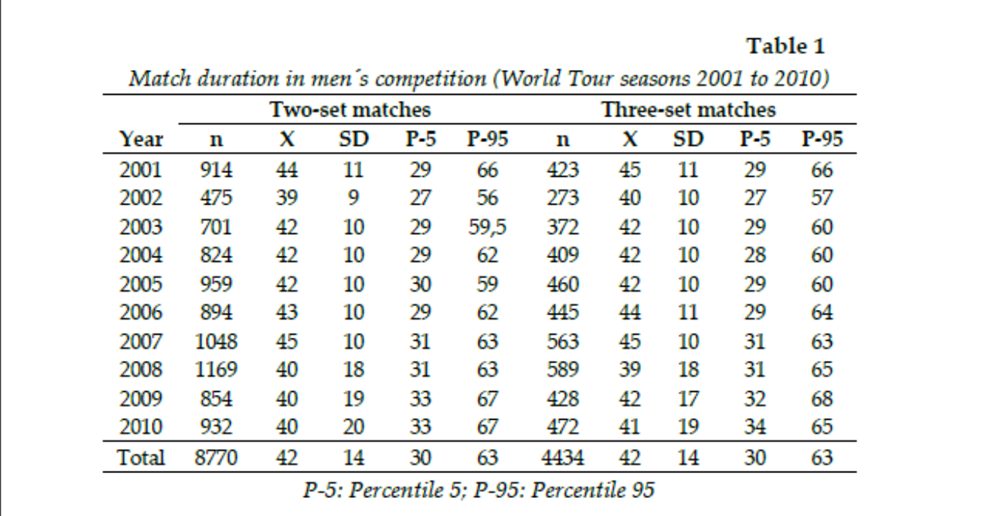 Athletes perform on average 100 jumps per set and 6 jumps per rally, including both the dunk jump and the block jump.

In a study that analyzed 50 games played on world tours, these were played at an average temperature of 33.6 ° C and an average humidity of 60%.

From the nutritional point of view we find ourselves in the usual dilemma concerning most sports disciplines, in particular in those in which jumps (antigravitational aspect) play a fundamental role, that is, a correct fat mass / lean mass ratio with reduction of the former. in particular. This aspect, however, if not researched with an optimal strategy and therefore "guided" by nutrition experts, could easily lead to problems of considerable importance, namely a relative lack of energy (RED-S), well codified by a recent review of the IOC whose negative consequences are clearly listed in the following tables. 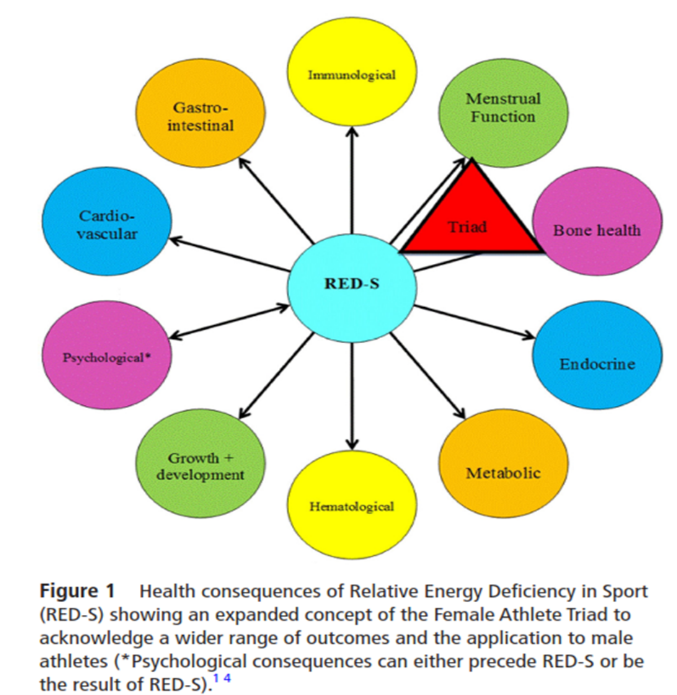 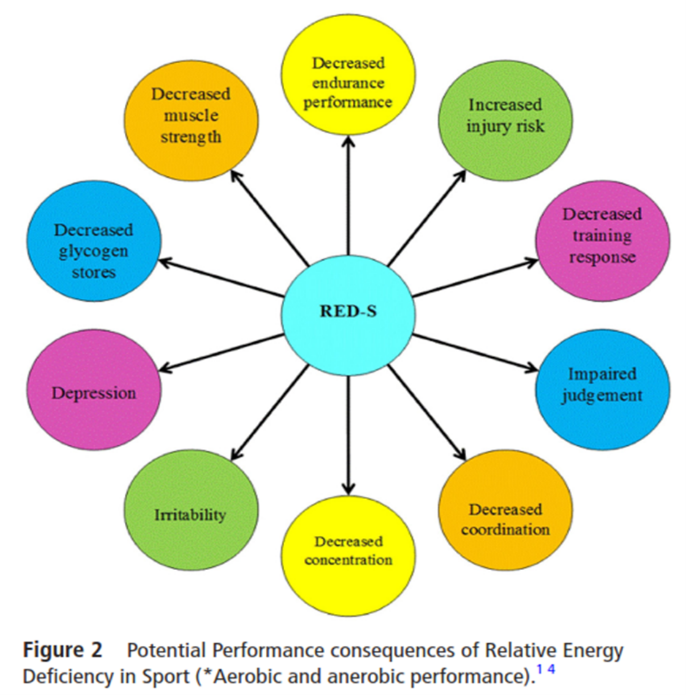 The correct energy balance in addition to allowing the training to be conducted and above all to making sure that this "yields" in the sense of being able to optimize the neuro-muscular response to the loads and volumes proposed by the staff, has the function of managing the capacity in the best possible way. to sustain the high rhythms induced by the matches, in particular those that last up to the 3rd set. 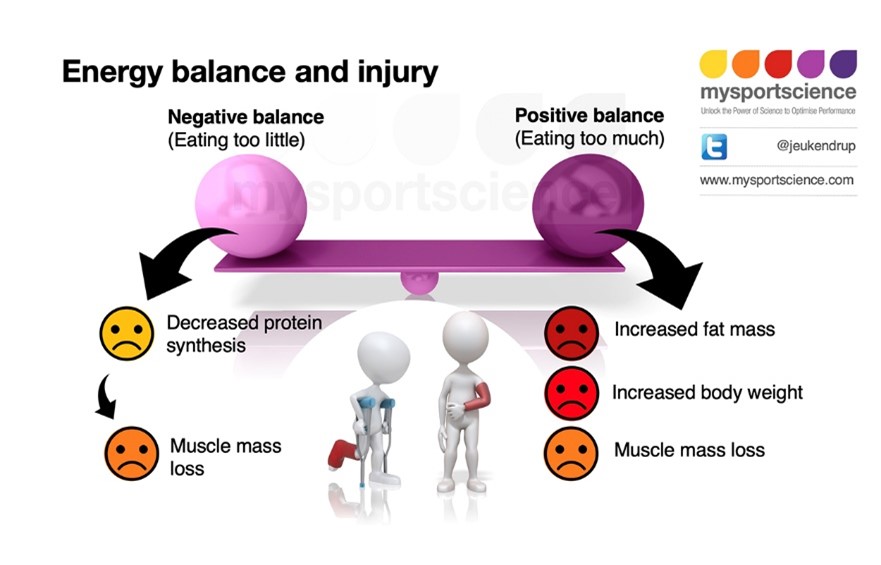 The following table shows the data obtained in various evaluations by our team on Italian national athletes in the 2017 season:

Clearly a very important aspect, by virtue of what has been said previously, is the need to provide proper hydration in consideration of the various environmental conditions, mostly occurring in very hot and humid conditions with consequent abundant sweating. Sweating is an effective mechanism for dissipating excess heat. It takes about 580 Kcal of energy to produce one liter of sweat. Sweat can be produced in an amount of 500 ml per hour per m² of body surface. The partial pressure difference of the water vapor of 1 kPa produces a heat of 58 W per m² of body surface in the absence of wind. The more wind blows, the more sweat can be dissipated, and with the sweat large quantities of mineral salts are lost, mainly sodium, but also magnesium.

It should be borne in mind that the ingestion of PURE NATURAL WATER after exercise-induced dehydration depresses the plasma concentration of sodium and the consequent hemo-dilution reduces the desire to drink and stimulates the production of urine , both factors will prevent a correct rehydration . 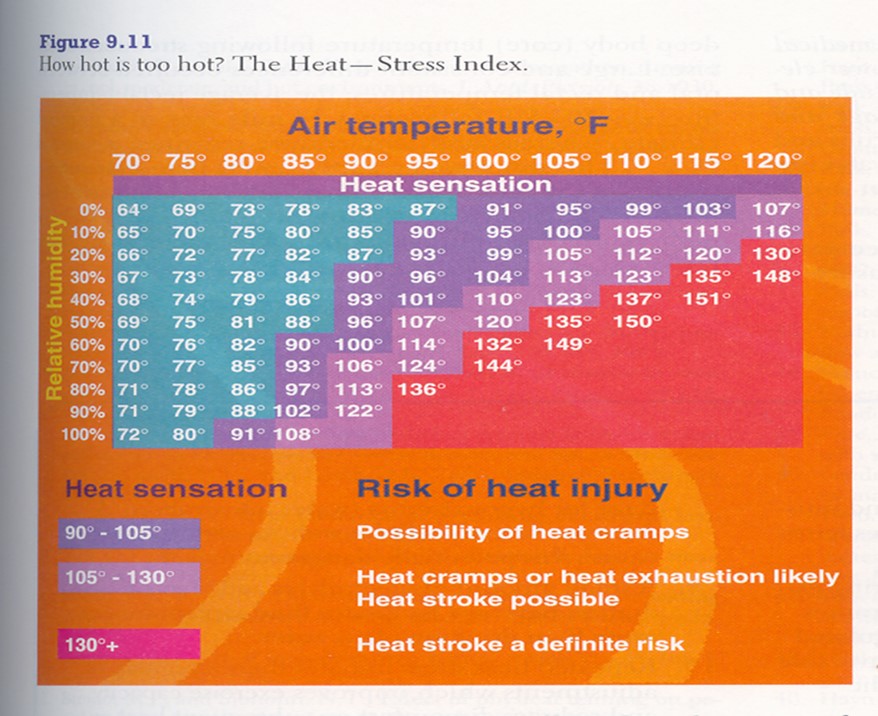 The preventive intake of solutions containing mineral salts , and sodium in particular, conveyed with mixtures of sugars is able to provide an effective measure of prevention of muscle cramps , as well as the intake of magnesium during the game has proved to be a valid support . in the management of fatigue , in fact, a study has shown that at the end of each set the blood concentration of magnesium drops drastically and that its administration during the set is able to restore mental concentration and oppose the feeling of fatigue typical at the end of each set.

Here are some "goodies" relating to the correct hydration and rehydration strategy, essential especially when matches or training take place in the conditions of:

Can supplements and supplements help athletes in a prompt recovery of physical energy and muscular conditions ? Certainly, as long as they are used in the right ways, quantities and times. A recent Italian study illustrated the panorama of the current world of beach volleyball with interviews and questionnaires among top athletes with the following result: 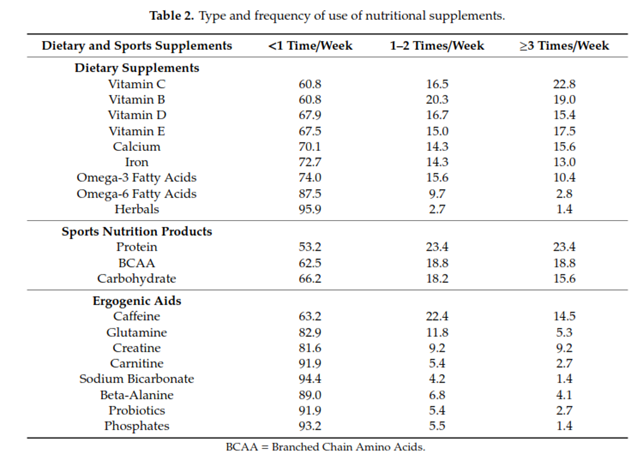 It can be assumed that there seems to be a lot of information on the subject, and many supplements are used as a support to improve sports performance typical of this sport. Among these, some are certainly used correctly while others in a questionable way: the literature on the subject and its analysis remains a very useful tool for understanding the global panorama on supplements and their correct use.

Which are the Nutritional Supplements Used by Beach-Volleyball Athletes? A Cross-Sectional Study at the Italian National Championship.

Suggested articles
Interviews: Alphazer TALK with Daniele Lupo
Athlete nutrition: focus on the sprinter
Menopause between physiology and nutrition. Is there a suitable diet?