Better sleep thanks to GABA
Home / Nutrition and well-being

Better sleep thanks to GABA

GABA is an inhibitory neurotransmitter in our brain. It is released by specific neurons (gabaergic neurons) and binds to 3 different types of receptors (GABA receptors). These receptors have in common an inhibitory activity, which is why they are exploited by numerous sedative, hypnotic or myo-relaxing drugs (inhibition also acts at the level of muscle tone).

In this article we will see what is the main function of GABA and how to integrate the same active ingredient with the aim of obtaining a calming action, as well as improving the quality of sleep.

The balance of GABA

GABA is essential to ensure a balance between a state of relaxation and waking.
In the delicate sleep/wake balance there are several systems that come into play:

• the SNA (autonomous nervous system) that passes from the parasympathetic (relaxation) to the orthosympathetic (fight or flight, fight or escape)
• the ratio in the brain between dopamine (excitation) and serotonin (calming).

So to ensure a qualitative rest/sleep, the environment/ecosystem that is created at the brain level is fundamental and an imbalance in the function of GABA can even lead to psychological disorders such as anxiety, insomnia and depression.

The extraordinary effects of GABA

As we’ve already anticipated, GABA is the most important inhibitory neurotransmitter in the body, which means, it reduces the activity of neural cells in the brain and central nervous system, with the effect of moving the brain and body to a greater level of relaxation. By inhibiting neural activity (the orthosympathetic system), GABA facilitates sleep, reduces mental and physical stress, reduces anxiety, and contributes to a milder and calmer mood. GABA also plays an important role in regulating muscle tone.

In combination with glutamate, the most important excitatory neurotransmitter in the body, GABA contributes significantly to homeostasis or to the overall mental and physical balance of the body.
GABA plays a role in the proper functioning of the body’s immune and endocrine system, as well as in the regulation of appetite and metabolism. There is also interesting emerging research on the role of GABA in bowel health and gastrointestinal function, where it can work to support motility, control inflammation and support immune system function and help regulate hormonal activity [2].

We always remember that the intestine is our second brain!
To appreciate the benefits we have to ask ourselves: what happens if the activity of GABA is low or deficient?

We will have an increase of:

There are ongoing investigations and debates on how GABA supplements work in the body and how their mechanisms of action may differ from the GABA produced internally by the body. Specifically, scientists have not reached a consensus on the fact or the effectiveness with which supplementary GABA passes through the so-called blood-brain barrier, that is, how well it moves from the bloodstream directly to the brain. There is therefore a need for further surveys in literature on the effects of GABA as a dietary supplement, including how GABA can affect the nervous system through the intestine. 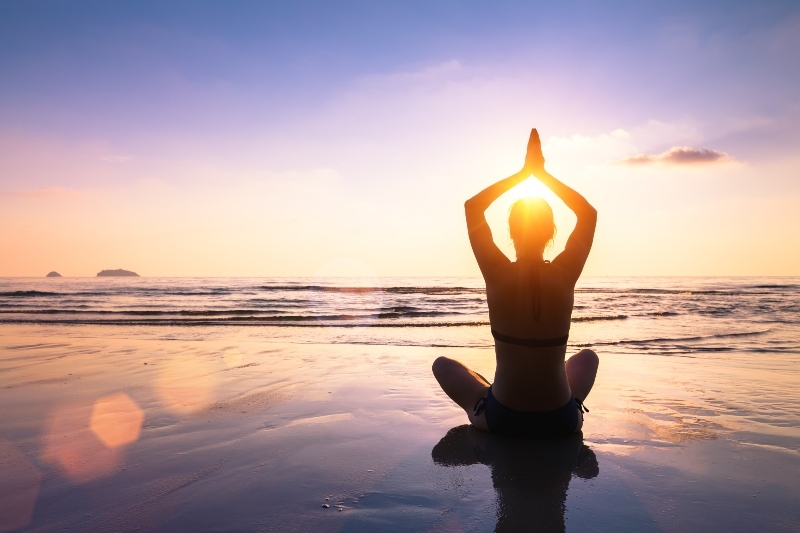 As it is easy to guess, the GABA activity of the body is important for sleep. GABA allows the body and mind to relax, fall asleep and sleep peacefully throughout the night. The low activity of GABA is linked to insomnia and interrupted sleep. It’s been seen in the literature that GABA levels in people with insomnia are almost 30 percent lower than people without sleep disorders. [1]

And these low levels of GABA also corresponded to a night of more restless and awake sleep. The sleep medications produced by large pharmaceutical companies, including those with zolpidem (Ambien and others) and exzopiclone (Lunesta and others), exploit precisely the balance of the body GABA to increase sedation and sleep. Research indicates that a negative side effect of these sleep medications, hallucinations, may result from their alterations in GABA activity.

There are relatively limited studies investigating the direct benefits of supplementary GABA for sleep. Recent research suggests that GABA produced in fermented foods can increase sleep time and reduce the time needed to fall asleep [4]. This is a very important factor to consider in support of the use of fermented foods in our diet! Another recent study has shown that a combination of GABA and 5-HTP can together improve the quality of sleep and increase the duration of sleep [5]. All this leads us to hope for further research and insights on the relationship GABA and sleep.

Being a natural chemical produced by the body, the main role of GABA is to decrease the activity of neurons in the brain and central nervous system, which, puts the body in a state of greater relaxation and relieves stress and anxiety. This makes us easily understand how there is a positive effect on stress and anxiety levels. Additional GABA can help sleep by facilitating relaxation and providing relief from anxiety and stress.

Although, as mentioned before, a debate is still open in the literature on the effectiveness of GABA’s integration in reducing anxiety and stress, it is important to note that GABA, in the form of a supplement, may have other ways to relax the body and relieve, also through the activity of GABA in the gut microbiome. As the scientific debate progresses, some studies have shown that GABA is effective in reducing anxiety and increasing relaxation.

A small study of a group of 13 adults showed that GABA is effective as a relaxing and calming anxiety, with slowed brain waves observed within an hour of taking the supplement [6]. This study also found a boost to the immune system, suggesting that additional GABA can improve immunity in people undergoing mental stress.

Another larger study examined the effects of 100 milligrams of GABA in a group of people who had recently undertaken a stressful mental task (psychic exercise). Scientists measured a slowing of brain waves in people who had taken GABA, indicating an alleviation of mental stress [7].

Another study tested the effects of GABA in people who were about to take a stressful math test. People who ate chocolate infused with GABA recovered more quickly from test-related stress, including changes that reduce stress to heart rate variability [8].

GABA as a supplement

Scientific studies have shown that the integration of GABA can promote sleep precisely because, by binding to inhibitory receptors, it is in gado to promote relaxation of muscle and nervous tone in general.
GABA, moreover, is able to reduce anxiety and have a calming action in general.
In addition to GABA we can exploit the action of glycine that is able to stimulate the release of this neurotransmitter. Glycine, in synergy with magnesium (which has an action on dopamine clearance and therefore on serotonin stimulation at the brain level), can contribute to an improvement of sleep in general.

From this evidence was born a special formulation of magnesium, the magnesium bis-glycinate (magnesium bound to two molecules of glycine), very interesting topic that we will investigate elsewhere.

To improve the quality of sleep we must make sure that we turn off all the lights, do not spend the hours before sleep in front of blue light (smartphones, tablets, laptops, etc.) and do not eat immediately before bedtime. If you have difficulty sleeping, the integration of GABA or magnesium bisglycinate can give a great help, helping to improve the quality of our rest.

Suggested articles
Tart Cherry Extract: precious gift of nature
SAM (S-adenosylmethionine) what it is for
Sports and nutrition: the importance of carbohydrates