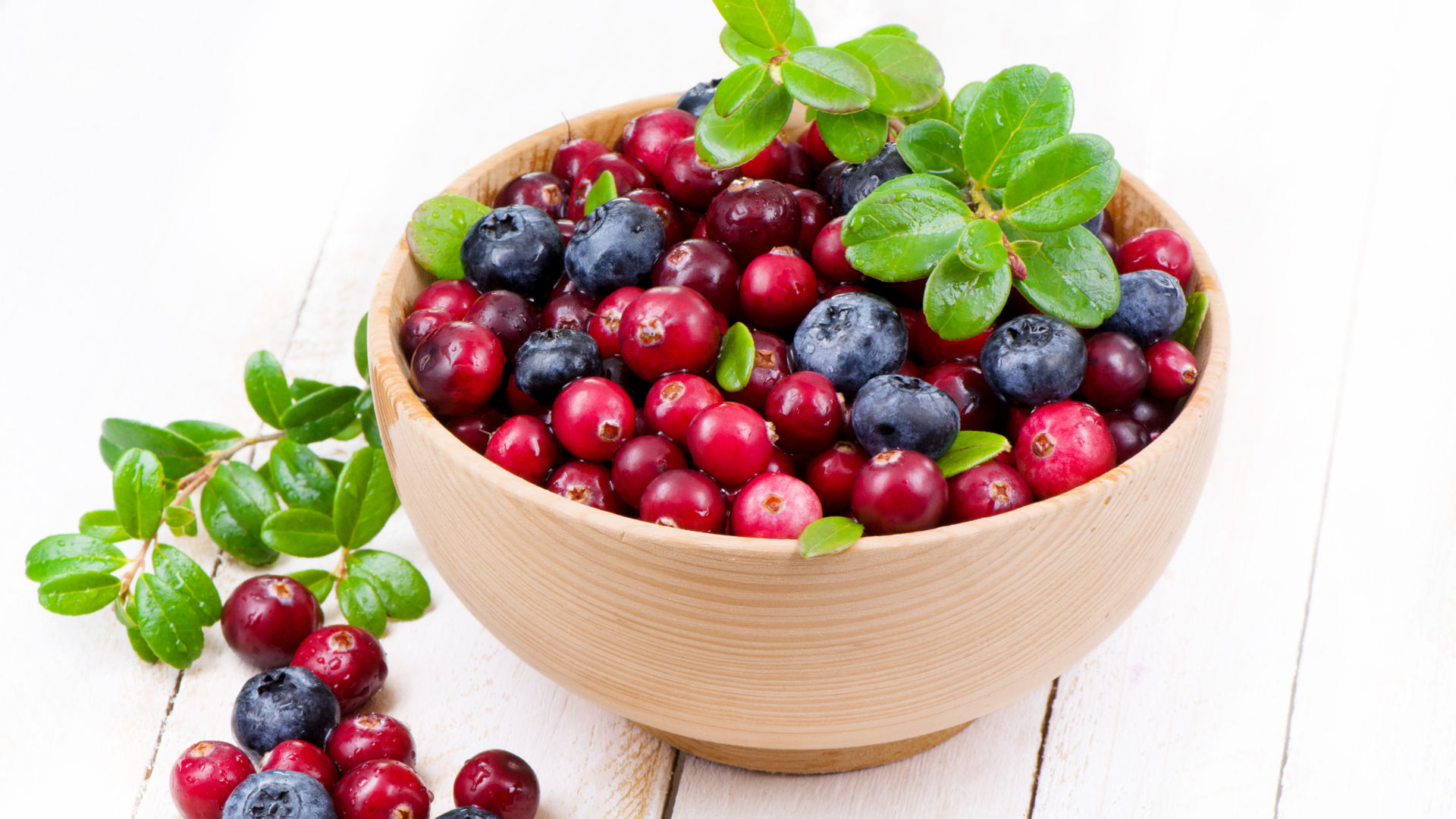 Blueberry; the small shrub typical of the undergrowth, belonging to the Ericaceae family, genus Vaccinium, of which there are hundreds of varieties, characterized by bacchiform fruits of different sizes and chromatic shades, represents one of the most beneficial fruits for human health: let's discover them together..

The low percentage of sugars makes them ideal during low-calorie diets together with the almost absent lipid content and a fair amount of fiber.
There is also no lack of microelements such as minerals (Na, K, Fe, Ca, P, Zn) and vitamins in particular A and C but also B1, B2 and B3.
This makes blueberry a natural revitalizer and tonic capable of supporting numerous functions of our body.
We also find a high amount of biologically active substances such as polyphenols, carotenoids, organic acids and terpenes, known for their beneficial potential on various aspects of health.
These compounds, in different composition and percentage, form specific phytocomplexes in the various drugs (parts) of the plant and therefore, depending on the nutraceutical effect to be obtained, the use of a specific part is preferred over another.
Still in the nutraceutical field, flavonoids justify the high ORAC index (ability to contrast free radicals and reactive oxygen species of a food) of all blueberry varieties.
Its no coincidence that represent one of the cornerstones of anti-aging diets whose goal is to lower the inflammatory state and slow down the processes of cellular degeneration. 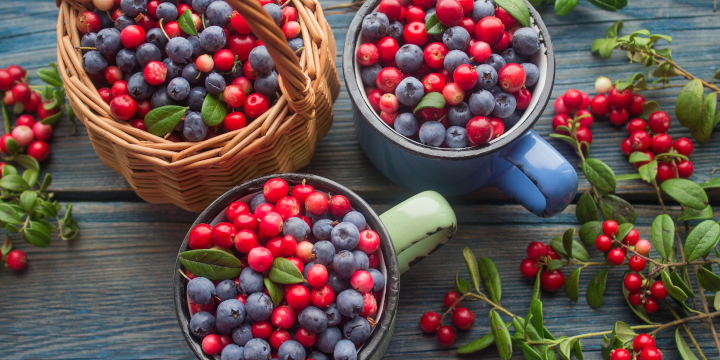 With strong antioxidant power, they are useful for heart, intestine and eye health.
Let's find out better..

Its the most common; characterized by an intense black color due to the presence of a specific molecule, known as mirtillin, deriving from delphinidin (an anthocyanin abundant in colored berries).
The fruits, at the peak of ripeness, have a very sweet and pleasant flavor.
The blackberry is an excellent ally in cases of fragility of capillaries, vessels and problems related to microcirculation.

The molecules present in the phytocomplex, above all, anthocyanins are able to inhibit some enzymes responsible for the degradation of the connective tissue supporting the vessels. 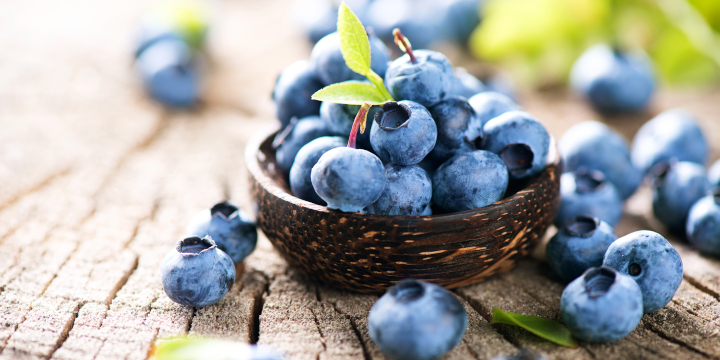 It exerts a direct action on the walls, counteracts weakness and excessive permeability phenomena, preserving vascular tone and elasticity

The anti-aggregating action of anthocyanins in synergy with the antioxidant and anti-inflammatory effect plays a fundamental role in limiting oxidative phenomena affecting LDL cholesterol, avoiding the formation of plaques at the endothelium level.

Another interesting property of bilberry concerns its hypoglycemic action which makes it a particularly useful fruit for people suffering from imbalances in the glucose metabolism (insulin resistance and diabetes).
This effect is attributable to a greater extent to glucokinin, one of the active ingredients contained in the leaves.
In addition, there seems to be a positive action on the formation of AGEs; products that are formed when the sugar is not very high, reducing its levels and limiting accumulation damage. In addition to the effects on blood sugar, blueberry also seems to bring benefits as regards the balance of cholesterol not only by preventing oxidation but by reducing the LDL fraction and increasing the HDL fraction.

According to the ORAC scale, a scale developed by the US Department of Agriculture to measure the antioxidant power of foods, are blueberries second only to black grapes in antioxidant properties?

The high tannin content also gives the blueberry a strong protective action against the stomach walls, protecting them from ulcers, gastritis, inflammation and bacterial infections.

What about the cranberry instead?

It comes from North America but its properties are now also known in Europe.
Let's find out how to use these berries with anti-inflammatory and antioxidant action!!!

Known as Cranberry (American cranberry, Vaccinium Macrocarpon) is the most widespread and studied although there are other less known variants different in size, color and geographical distribution.
The intense red-orange color is in this case due not to mirtillin but to the anthocyanins cyanidin and peonidin.
Contrary to the bilberry, the berries are characterized by a more bitter taste due to the high content of tannins.

The cranberry is famous above all for its useful properties in case of infections affecting the urinary tract (UTI) such as cystitis due to Escherichia Coli.
The proanthocyanidins present are able to inhibit adhesion to the bladder and urethral walls by bacterial species, blocking colonization.
Another very important molecule for this purpose is arbutin, also present in bearberry, which, in addition to counteracting bacterial adhesion, exerts a disinfectant and antimicrobial action.

Is consuming cranberry suitable for maintaining the visual apparatus, especially the retina, in excellent health? 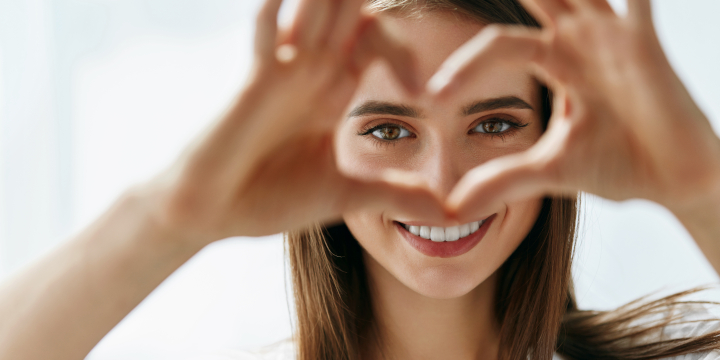 Lutein and zeaxanthin, the most represented carotenoids, promote the regeneration of rhodopsin, the pigment of the retina which is essential for vision and adaptation in low light conditions.
It also lends itself well to treating IBS (irritable bowel syndrome) by inflaming the intestinal walls, restoring correct functionality and mobility and also being useful in situations of constipation or diarrhea.
Furthermore, the prebiotic action on the bacterial flora should not be forgotten, guaranteeing the nutrient substrates for the strains that colonize our intestinal tract with all the benefits deriving from a healthy microbiota. 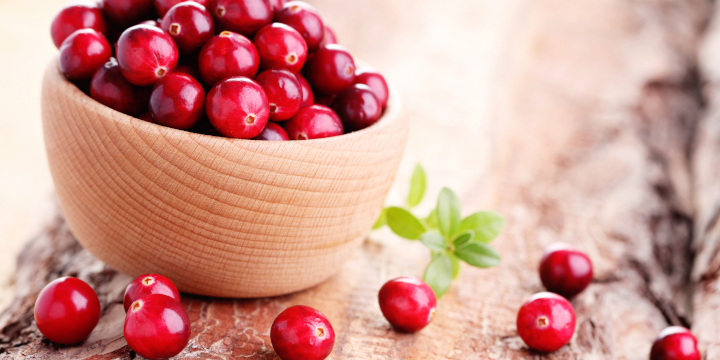 Cranberry cultivated lands around the world currently amount to about 215 square kilometers, of which about 178 in the United States alone, where its cultivation plays a respectable role in the national economy

There are no known situations in which it is contraindicated to consume a portion of blueberries although particular attention must be paid and a medical consultation is necessary in case of:

1. Predisposition to stones: being rich in oxalates, the blueberry could favor the onset of the disorder

2. Anticoagulant and antiplatelet therapies: as described, one of the vascular properties of blueberry concerns the inhibition of platelet aggregation and consequently could enhance the effect of this class of drugs

3. Antidiabetic therapies: subjects particularly predisposed and under pharmacological therapy could incur in phenomena of marked hypoglycemia.

If research in the nutraceutical and clinical fields is so active, there will be a reason..
There is a strong interest in fully understanding the mechanisms underlying the beneficial effects of blueberries on our health.
And then, let's face it, it is a really good fruit so why deprive us?