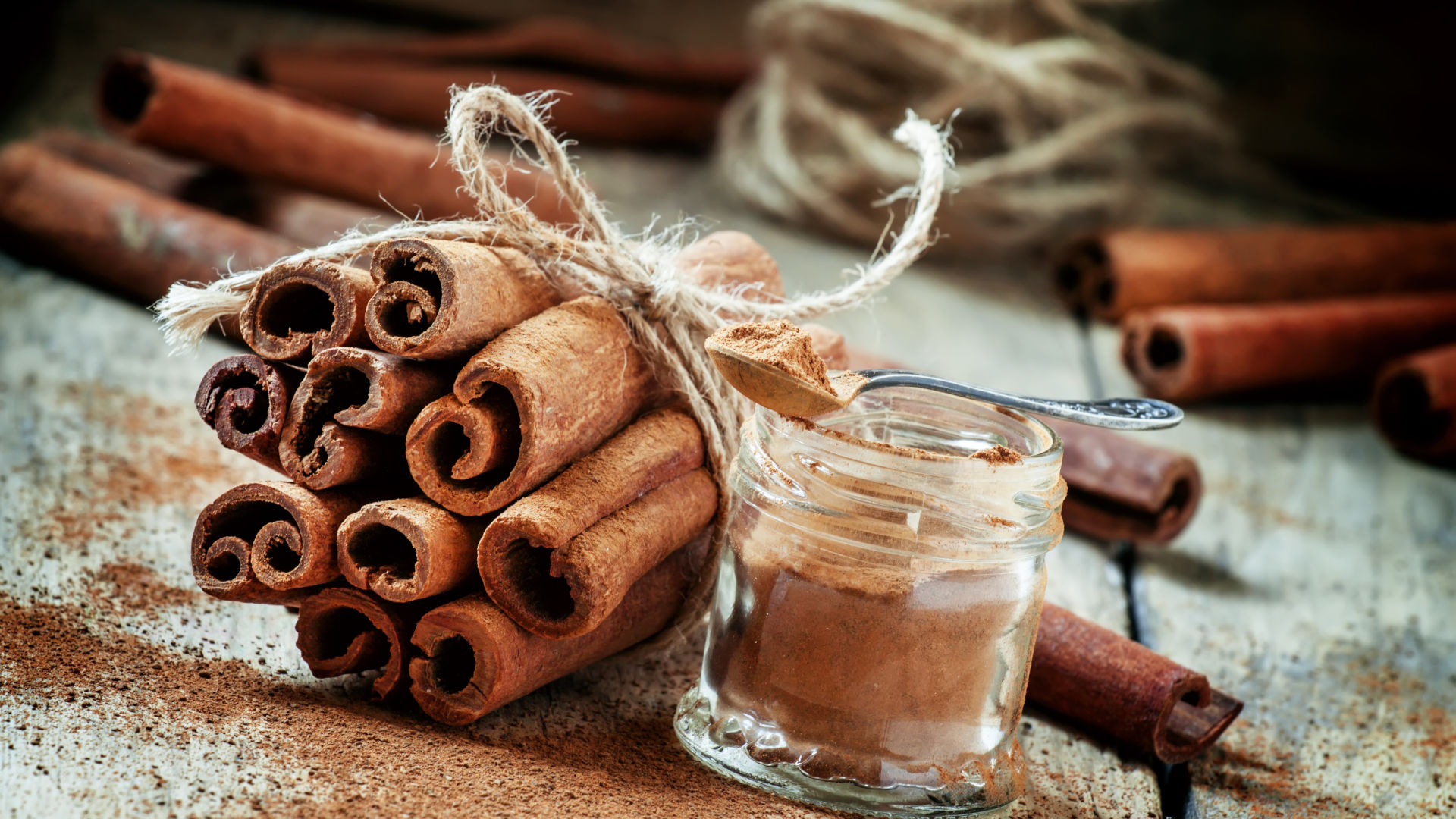 Known by the Greeks, Romans and Egyptians, cinnamon is among the oldest spices we know. Originally from the East; its intense perfume and its therapeutic power has conquered the nobles of the whole world so much to earn the title of spice of kings.

The history of Cinnamon begins in China, where its use, especially in the medical field, is attested as early as 2700 BC. Named Kin Anomon by the Arabs (fragrant plant of China), this spice reached Europe around 2000 BC. Always considered a spice with many healing properties and very rich in health benefits; cinnamon soon becomes the subject of several myths.

Between legend and history: all its properties

The best known about cinnamon is surely told by Ovid who, in the Metamorphoses, links it to the Phoenix, the bird sacred to the Egyptians. It was attributed the characteristic of dying after a period of 500 years and being reborn from its ashes. It was believed that the power of its rebirth depended on the nest that the Phoenix prepared with various spices, including: cinnamon, myrtle, cedar wood and other aromatic plants.

After having lived for 500 years, [the Phoenix] builds a nest on the top of a palm with the branches of an oak, piles up cinnamon, spigonardo and myrrh, and abandons itself on it, dying, exhaling its last breath among the aromas. 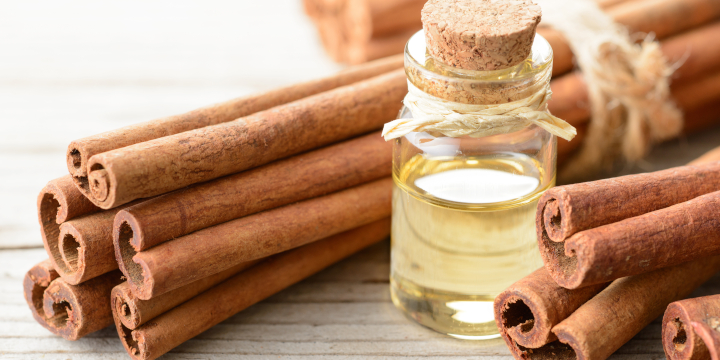 Cinnamomum Zeylanicum and Cinnamomum Cassia are the names of the two species of cinnamon that we usually find on the market. Small shrub with perennial flowers, its bark, from which the spice is obtained, can be harvested only after about four years; time in which it turns on itself coloring itself with its characteristic color.
The most valuable variety, the one that has the highest percentage of beneficial properties, is the queen cinnamon made up of 10% water, protein and fiber.
What makes this spice a real elixir of well-being is the presence of both vitamins, in particular, Vitamin A, C and those of Group B and minerals such as calcium, magnesium, potassium and iron.

Why is it so good?

Rich in polyphenols, it is useful both for treating colds and sore throats and for regulating blood sugar levels. A study, published in 2013 in the Journal of Alzhaimer Disease, shows how cinnamon is useful in stopping the formation of proteins responsible for the onset of this disease. 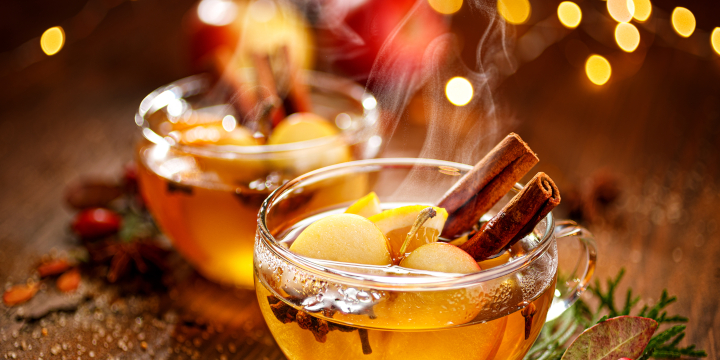 In addition to alleviating the sense of hunger, combined with hot apple juice, it becomes relaxing and removes anxiety and nervousness. It also prevents abdominal swelling, renal colic, helps to lose weight and is an excellent digestive both because it is able to stimulate trypsin; a natural digestive enzyme both because it is able to accelerate the production of gastric juices and promote salivation. 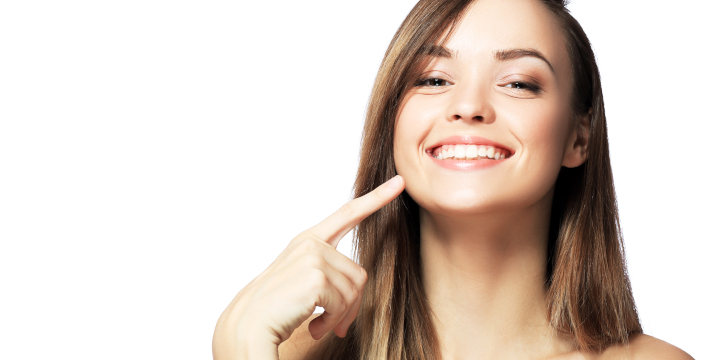 Chewing a cinnamon stick helps sanitize the mouth and whiten the teeth.
Its also considered effective for gingivitis and local infections.

Cinnamon in the kitchen

Versatile, delicate and sweet spice can be used in both savory and sweet dishes. Useful for flavoring meat, it is mainly used in the preparation of cakes, biscuits and to perfume milk and tea. It can be used both in powder and in sticks and, usually, the choice depends on the preparation you intend to make. The aroma of cinnamon sticks, to be activated, must be infused in a hot liquid: it is useful, in fact, if used to accompany hot drinks. Ground cinnamon, on the other hand, is suitable for all those preparations that require cooking in the oven.

Try now in my gingerbread cookie recipe: the scent of Christmas all inside this spiced shortcrust pastry 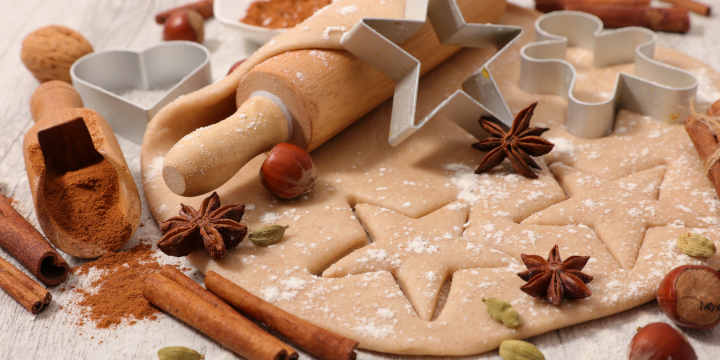 In a saucepan, bring the sugar, honey and ghee to the fire.

Over low heat, turn and bring to a boil.

In a container, combine the flour, cinnamon, baking soda and stir with a spoon.

Also add the egg and the syrup kept aside.

Turn the ingredients, then we collect them and form a loaf.

Cover it with plastic wrap and put it to rest in the fridge for 1 hour (even all night).

Roll out the dough on a surface and obtain the biscuits (shapes of your choice).

Arrange them on a baking sheet lined with parchment paper and cook at 180 ° static and pre-heated for 20 minutes.

The recommended dose of cinnamon is approximately 2-3 grams per day while it is not recommended during pregnancy as it could stimulate uterine contractions and in case of gastric disorders in order not to increase stomach acid.