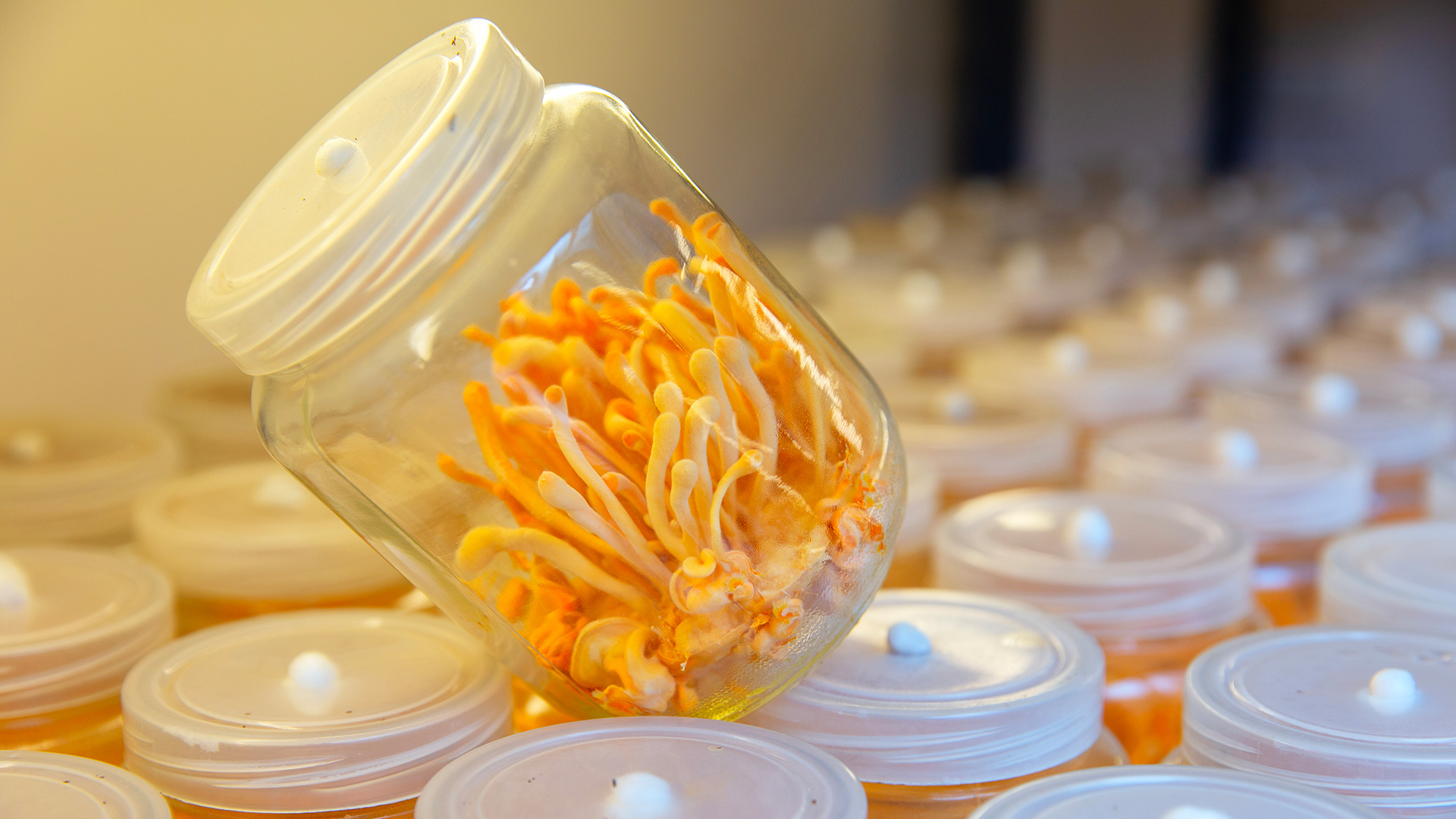 Cordyceps sinensis: how and why to use it
Home / Nutraceuticals

Cordyceps sinensis: how and why to use it

Cordyceps sinensis, a medicinal mushroom of Traditional Chinese Medicine, also known as "caterpillar mushroom" or "DongChongXiaCao" has literally been "revered" for centuries for its characteristics and therapeutic properties.

The first written record dates back to 620 BC. in China, in the period of the Tang Dynasty and arrives today where, its use, still boasts great respect in Eastern Medicine and an interest on the part of modern Western research which, however, has known it only for a few years.

Cordyceps spores are deposited on the insect and then germinate and form hyphae which, during the winter, will continue to grow inside the host and then turn into mycelium

A mushroom with a curious life: plant in summer and insect in winter

Characteristic of high elevations of the Tibetan highlands; Cordyceps is a "parasitic" fungus that grows and develops on various species of insects, in particular, of the genus Hepialus armoricanus.

In late autumn, its spores infect the insect and, with the arrival of spring, a fungus sprouts from the head of the "colonized" insect and emerges from the ground.

When the fungus is fully developed, it begins to release the spores which, carried by the air, infect more caterpillars, continuing their life cycle.

Today it has become more "accessible" and widespread thanks above all to the possibility of cultivating it.

The wild form, given its rarity, in the past, had a very high price which also explains the reason why it was only accessible to the emperor's family and the nobility.

It was the Tibetan shepherds, over 2000 years ago, who discovered the incredible therapeutic and invigorating properties of Cordyceps sinensis

Its charm and relative "fame", in the oriental tradition, derive from its being considered "mushroom of sexual potency and virility" discovered, curiously, by the attitude of the Yak who fed on it becoming, after meals based on Cordyceps, more active and vital.
Intrigued by these effects, shepherds also began feeding on Cordyceps, seeing the same benefits they had seen in their animals.
This mushroom therefore began to be considered a tonic that brought vigor and physical resistance with an increase in vitality and longevity.

Its action is concentrated on the meridians of the kidneys and lungs; seat of life and vital energy on which reproductive capacity also depends

Always considered a real restorative aid after diseases that have weakened the body; its traditionally used to improve circulation, kidney function, lungs, heart and liver.

From ancient Traditional Chinese Medicine to the current interest of science

Always considered, by Traditional Chinese Medicine, a very precious rebalancing agent able to normalize the "yin and yang" aspects of many physiological processes; today, thanks to numerous studies conducted in universities and research centers around the world, many other therapeutic properties are attributed to Cordyceps.

The same ones that the millennial Traditional Chinese Medicine had discovered over the centuries. 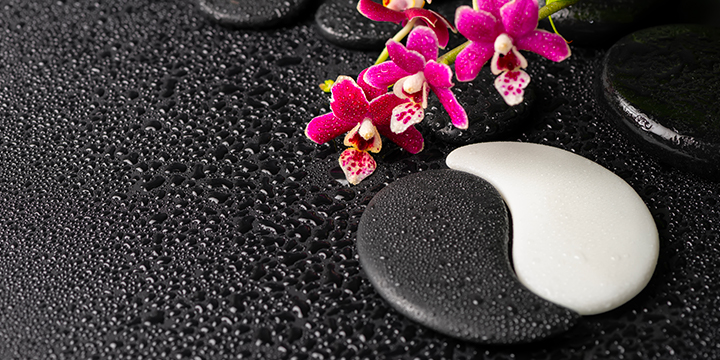 For centuries, this mushroom has been used in Traditional Chinese Medicine in the treatment of problems related to both the male and female sexual sphere and for the health of the sexual apparatus in general (Huang et al. 2004; Huang et al. 2001; Zhu et al. 1998a and 1998b).

These properties appear to depend on Cordyceps ability to increase testosterone release.
Used in infertility treatments; this mushroom also exerts a beneficial effect on female fertility with positive % regarding the chances of success of in vitro fertilization due to the ability of Cordyceps to stimulate the production of estradiol.
Its also considered a valid antistress with antidepressant action; it can also improve the quality of sleep.

The bioactive components in Cordyceps sinensis

Its beneficial properties for the body are such due to the varied concentration, in Cordyceps, of biologically active substances: essential amino acids, vitamins E, K, B1, B2 and B12, monosaccharides, disaccharides, oligosaccharides, polysaccharides, nucleosides and many microelements.
Among the most potent bioactive components from a therapeutic point of view emerge nucleosides and analogues such as Cordycepin (3'-deoxyadenosine), cordycepic acid, 2'-deoxyadenosine and analogues of deoxygenated nucleotides (uridine, deoxyuridine, adenosine, dideoxyadenosine) .
Then follow polysaccharides, cyclofurans, a large concentration of beta-glucans and betamannans and a series of sterols such as ergosterol, beta-3 ergosterol, ergosterol peroxide, 3-sitosterol, daucosterol and campeasterol.
Based on these elements, modern science is currently trying to confirm, through scientific studies, the effectiveness of Cordyceps and the correlation to the various treatments in the problems for which it has traditionally been used.
Despite this, for the "modern" Western Medicine, there are still no studies that, at present, can be considered "definitive" on this fungus.

The West, however, recognizes Cordyceps as a very valid phytotherapeutic remedy of curious "mystical" interest; an aura of mystery due to the fact that this mushroom was considered a "secret weapon" used, during some races, in the 90s, by Chinese athletes who made a remarkable series of records in different events.
Its qualities are, therefore, deserving of a real consideration by the world of sport. 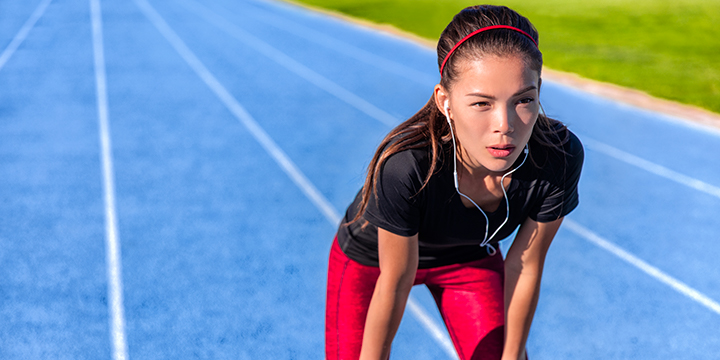 "First of all, I appreciate it; especially in intense performance activities that require long-lasting physical resistance"

The continuous use of Cordyceps sinensis brings an increase of 28-30% (up to 55) in the levels of ATP in the body with a 30-40% improvement in the use of oxygen, which is of great advantage for the athlete.
Furthermore, by taking Cordyceps, tissue oxygenation is favored, as well as relaxation of the bronchial muscles and the vessel wall, thus improving blood flow in the muscles and heart with an interesting increase in VO2max.
All in favor of a longer lasting physical resistance.

The experiences of athletes complement those of people who use it today as an "adaptogen" capable of strengthening the immune defenses in favor of a more efficient system, modulating emotional states altered by excessive stress and reducing the damage caused by radicals free.

This, together with its other peculiarities, is leading this mushroom, once relegated to the Chinese nobility alone, to be considered among the "tonics" support for dealing with periods of intense daily stress and in anti-aging and regenerative medicine throughout the Western world.