Eye protection: when glasses are not enough
Home / Supplements and Nutraceuticals

Eye protection: when glasses are not enough

Ocular health and visual efficiency are very delicate factors to which we should pay close attention and protection, as our eyes are almost constantly active and subjected to numerous stressors, with continuous stresses from the surrounding environment, such as from the lights ( natural and artificial) and solar radiation. Especially during the summer, we tend to think that a good pair of sunglasses is enough to defend and protect our eyes. But is it really so? 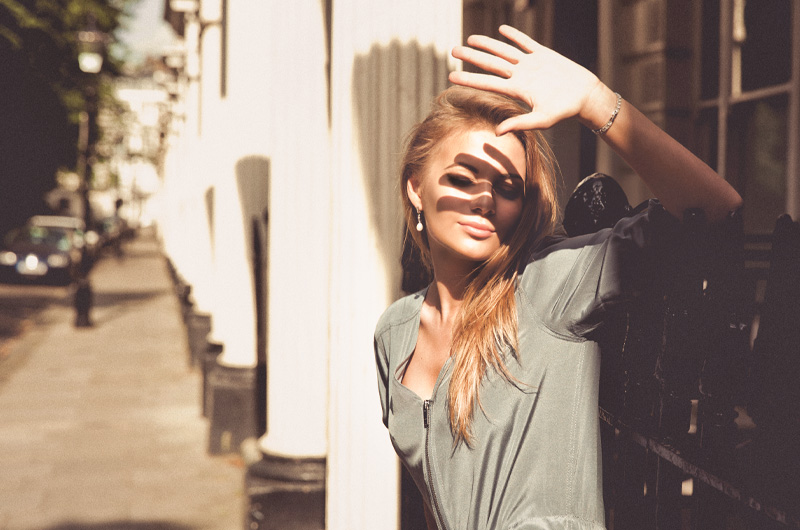 The health of our eyes - how to support it?

Our eyes are continuously exposed to light and solar radiation and, like all other organs and systems, to perform their visual function they need nutrients, which allow the "photoreceptors" to regenerate. The photoreceptors are nothing more than the sensory elements placed on the retina, that is the "cones" responsible for daytime vision and the "rods", which are indispensable for night vision. In addition to this, the modern era has strongly implemented ocular stress also through the intense use of computers and televisions, not to mention the constant use of devices (tablets and smartphones) to which smoke, pollution are added. environmental, dust and stress.

To these situations, however, we must also add the passage of time and visual degenerations related to advancing age, such as the opacification of the lens (commonly known as "cataract") and age-related macular degeneration.

To defend and preserve itself, the eye is able to use various protection mechanisms, such as blinking, pupil changes, the lens screen and the ocular pigments of the retina, a real defense system capable of protecting cells. in the macular area by absorbing excess blue and ultraviolet light and at the same time neutralizing free radicals and acting as a kind of protective barrier.

However, it is clear that sunglasses are useful to protect yourself from all external stressors , but on their own they are not enough to guarantee the eye all the necessary support . Even the mechanisms that our system puts in place for its protection are valid but not untouchable: it is good to learn how to strengthen them, to make them more efficient and effective.

Numerous clinical studies have highlighted the positive role attributed to antioxidant vitamins, vitamins A , C and E , for eye health: they are in fact important allies, capable of slowing down the processes of cellular degeneration caused by free radicals, preventing the formation of cataract and exerting a protective role on retinal photoreceptors

Among these antioxidants, two carotenoids stand out: Lutein and Zeaxanthin. 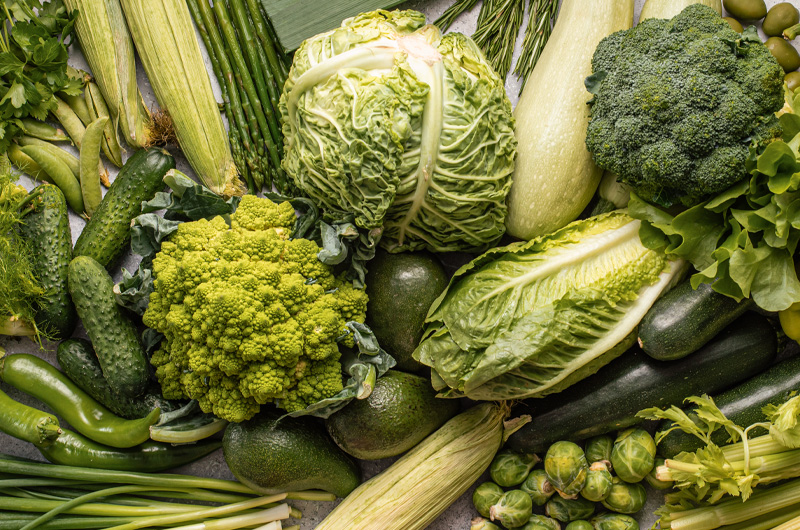 Although around 850 types of carotenoids have been discovered and characterized in nature, very few of them are present in human tissues, and among these lutein and its stereoisomers (zeaxanthin and meso-zeaxanthin), which belong to the class of carotenoids. These are also known as xanthophylls and are the only carotenoids found in the retina. They are synthesized in various plants and microorganisms, but not in humans and other mammals . This is why they must be eaten with food, in particular through the frequent consumption of green leafy vegetables (cabbage, spinach, broccoli, peas, corn and lettuce) and egg yolk., which are the most common sources of xanthophylls (and also include lutein and zeaxanthin).

Lutein is known for its ability to help prevent and slow the progression of age-related macular degeneration, one of the main causes of severe vision problems, especially in the elderly population. It is present in the human body in high quantities in the macula (i.e. in the central part of the retina) which, due to the high concentration of photoreceptor cells, is responsible for visual acuity and central vision. The precious lutein is also present in the human lens, where it exerts a protective action against eye diseases linked to aging, such as cataracts. It has also been shown that lutein exerts a very powerful antioxidant action at the ocular level, capable of eliminating free radicals as well as being able to reduce the production of reactive oxygen species (ROS). Another important peculiarity of this molecule is found in an additional protective effect on the eyes: it is able to filter blue light, thus reducing phototoxic damage to the photoreceptors of the retina. Recent scientific literature has focused in particular on the study of the effects of lutein on macular degeneration and diabetic retinopathy ., as these are the most common causes of visual disturbances that develop over time. Both oxidative damage and inflammation are involved in these pathologies and many of these clinical studies have demonstrated the efficacy of lutein in delaying its development and progression.

Zeaxanthin is another high antioxidant carotenoid found in high concentrations in the macula of the human eye, the part of the eye responsible for central vision necessary for vision and reading management. This molecule is usually found together with lutein, so much so that in many scientific studies both these pigments are mentioned together and their functions are comparable. Zeaxanthin is contained in yellow, red or green leafy vegetables and together with lutein it works by migrating inside the eye, penetrating the center of the retina where it helps build a "shield" to protect the eye cells from the dangerous frequencies of light. Like lutein itself, zeaxanthin also provides a powerful oneantioxidant activity , neutralizing free radicals that destroy the cells of the eye, and has been confirmed as an excellent "protective" ally against macular degeneration and cataracts.

Blueberries are also good for the eyes

Along with lutein and zeaxanthin there is another well-known powerful natural nutraceutical ally for eye health: blueberry. This superfood contains numerous precious microelements, and among these it is important to underline the presence of anthocyanins, natural pigments that belong to the class of "flavonoids" and which give blueberries their blue-purplish color (and also the high content of vitamin C) . 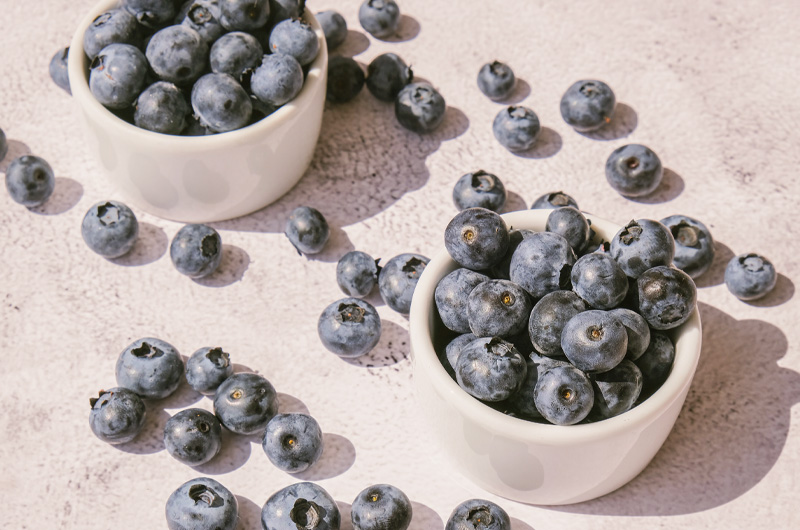 These pigments are able to improve night vision and restore visual acuity following exposure to bright lights. They act on retinal enzymes, in particular on lactate dehydrogenase, increasing the regeneration speed of retinal pigments that accelerate the regeneration of rhodopsin, the photosensitive pigment of the retina that splits under the effect of light. Thanks to this process on the photomotor reflex of the pupil the time of adaptation of the eye to darkness is reduced.
In addition to this curious and interesting power, blueberry is known to effectively combat brittleness and excessive vasal permeability, thus also demonstrating a capillary-protective not only at the level of peripheral blood vessels but also against the retina.

The choice of Yamamoto Research

The Yamamoto team has developed a specific product to support and protect the health of our eyes: OCULEVIS®. This supplement makes use of the very precious nutrients mentioned above, namely Lutein, Zeaxanthin (patented FloraGLO Lutein) and anthocyanins obtained from blueberry extract, to enhance the antioxidant and protective action on the microcirculation.

OCULEVIS® contains the famous clinically tested FloraGLO Lutein® patent , which was the first lutein brand introduced in the global market where it has been dominating for over twenty years, making use of the most prestigious and significant studies on the subject, confirming itself as the most famous product ever. based on lutein and zeaxanthin, whose efficacy has been well demonstrated in the clinical literature, in protecting the eyes from visible light, or known as "blue light" and its clinical validity in an innovative study on ocular health and related diseases related to age (AREDS2).

In summary: what is needed in our eyes

Self-care always starts from within. In the course of this article we have learned how different natural extracts and foods can support the well-being of sight, even delaying the onset of diseases and disorders. If possible, it is always good to "think about it first" : although the eyes are intelligent systems, capable of autonomously shielding themselves with state-of-the-art adaptation mechanisms, we must remember to support them in all possible ways.

YES to sunglasses, which are a very important additional filter to protect us from the sun's rays, and YES to all nutraceuticals and foods that naturally strengthen vision.

Suggested articles
Sun supplements: how best to prepare your skin for the sun
The importance of hydration
Maqui Berries | A concentrate of antioxidants and benefits