Green Tea Benefits and Differences with Other Types of Tea

To understand what makes green tea such a food rich in beneficial properties for the body, we must first understand the difference between the various types of tea: green tea, black tea, and white tea.

What makes Green Tea different from other teas?

Very often the three types of tea are referred to as if they were derived from different plant species. It is not so! Green tea, black tea, and white tea are all obtained from the same species: Camellia sinensis. What makes the difference, making some types more precious, is the moment of the collection of the leaves and the treatment they go through. Let's take a closer look at what characterizes the individual types of tea. 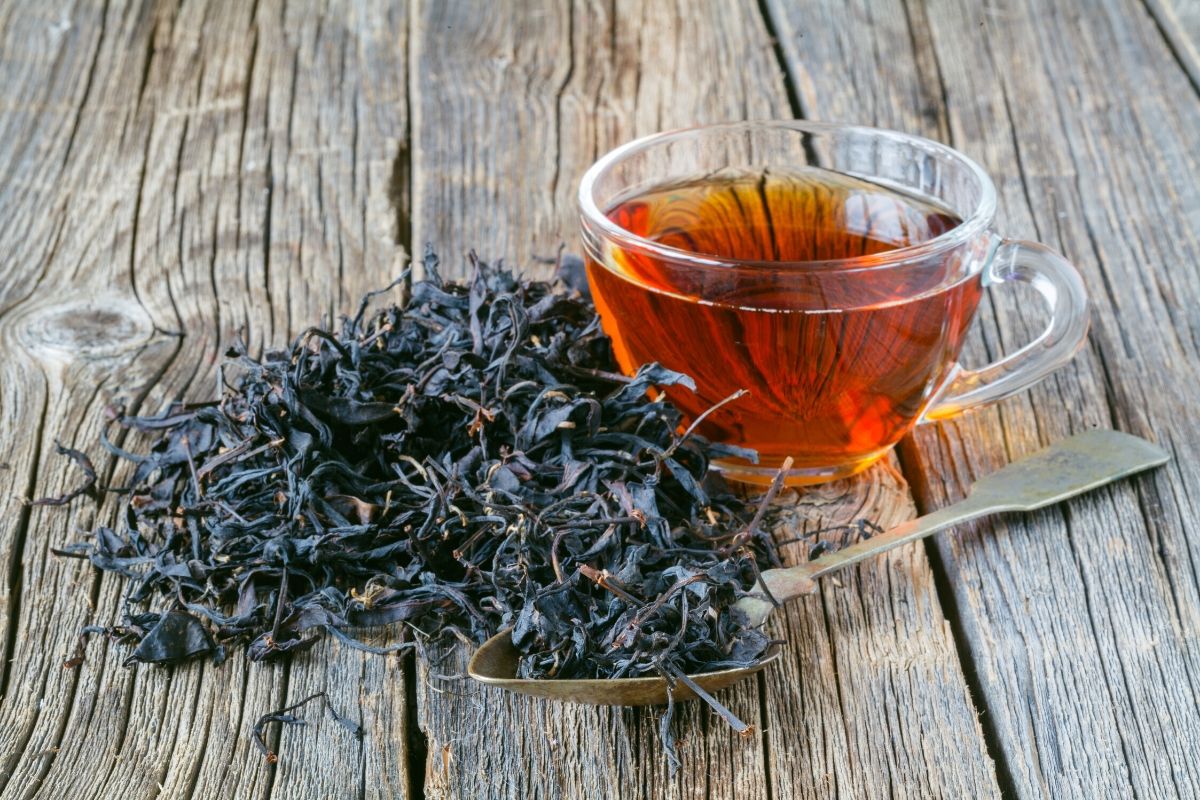 Black tea is produced by collecting leaves in a more advanced state of maturity than green tea and, even more, compared to white tea. For low-quality black teas, the leaves used are the oldest and contain much more lignin and condensed polyphenols. This gives the tea a more astringent (typical of tannins) and bitter taste due to caffeine. The black tea leaves are subjected to a first drying and subsequent fermentation.

During fermentation, the leaves change color acquiring a darker shade tending towards red. Removing the residual water fixes the color of the leaves giving the black tea the typical dark shade. The coloring is mainly due to the thearubigins that are formed due to the oxidation due to the contact of the catechins with the polyphenol-oxidase, or the enzymes present in the cells.

In black tea, when leaves are rolled, the cell walls break causing the escape of these enzymes which can come into contact with the catechins, oxidizing them. This makes fermentation the most important phase in the production of black tea, as this is where many of the antioxidant compounds that make green tea special are lost. 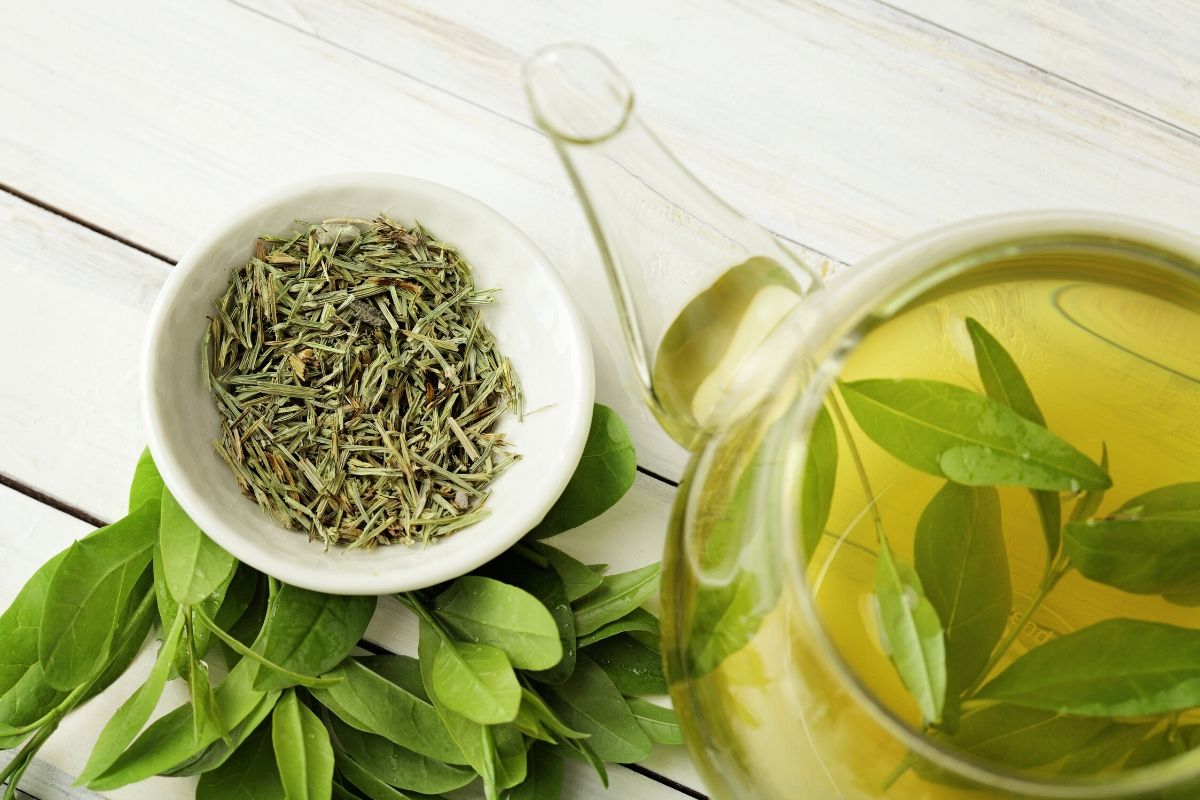 Green tea is made from younger leaves. The quality is all the higher the fresher the collected leaves. Fermentation is not foreseen for the production of green tea: the leaves are subjected to heat treatments with steam or roasted. In this way, the enzymes responsible for the oxidation of polyphenols are inactivated and chlorophyll, organic acids, and tannins are preserved. It is precisely the high content of these substances that makes green tea such a beneficial and recommended food in our diet. 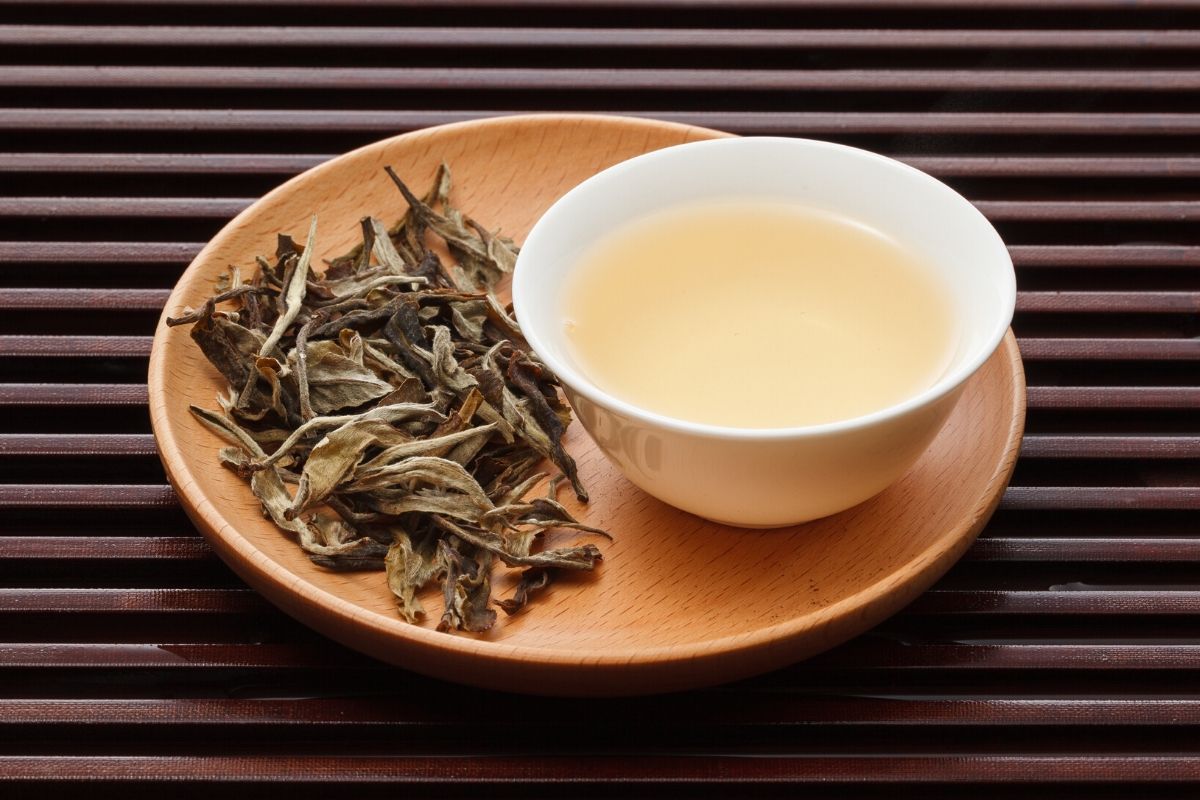 White tea is precious because it is produced with buds and fluffy leaves. The leaves in this growth stage are covered with a thick blanket of very small white hairs which give the dried tea a silvery color, which gives the white tea its characteristic name. Again, fermentation is avoided and the most valuable compounds are preserved. This type of tea is not consumed in large quantities in western countries because it is little known and at higher prices.

Benefits and Properties of Green Tea

Some studies have shown that, by administering epigallocatechin and caffeine as part of a diet with equal calorie intake, a greater reduction in weight, BMI (Body Mass Index), and waist circumference are obtained compared to cases in which they were not administered.

As for the prevention of cardiovascular diseases, the mechanisms behind this action seem to be explained by the dual ability to bind other molecules, preventing them from causing damage to target structures.

The antioxidant property also helps to decrease the damage caused by free radicals. In green tea, we also have a lower content of phenolic compounds resulting from oxidation.

The caffeine content is the same in black tea and green tea. However, in black tea, it may be less available. Caffeine is partially complexed to form larger and insoluble molecules that precipitate making it unavailable. The other alkaloids, in addition to caffeine, are theobromine, typical of cocoa, and theophylline. It is precise to the alkaloids that the thermogenic effect of tea is attributed.

Why haven't we talked about theine yet? Because, in reality, theine and caffeine are the same molecules. This is called in different ways because the names of the active ingredients present in tea and coffee were assigned before it was possible to identify their molecular structure.
So, although we often hear about theine referring to tea and coffee caffeine, it is known that in reality, we are talking about the same molecule!

Green tea, thanks to its extraordinary antioxidant properties, is therefore an excellent ally both for those who practice sports and for those who want to lose weight and for all those who wish to maintain optimal health. If taken as a drink it can also be an excellent coffee substitute.
Given the beneficial effects of green tea, regular consumption of a cup of this tea should be considered a real investment in the future.

Suggested articles
Meditation: why is it important to know it?
Guarana | Properties, Benefits and Curiosities
Thermogenesis: what it is and active ingredients to activate it