Guide to probiotics: types, which ones to choose and DIRECTIONS them
Home / Nutraceuticals

Guide to probiotics: types, which ones to choose and DIRECTIONS them

aOur organism is inhabited by a large number of microorganisms that live in peaceful coexistence with their human host. All these microorganisms are called normal microbiota or microflora; the entire quantity of the intestinal microbiota amounts to about 1.5-2 kg.

The microbiota varies from individual to individual. Each of us, in fact, has its own "bacterial fingerprint", that is, a personal profile of the species, different from that of all other individuals. However, recent data have identified a nucleus of at least 57 bacterial species common to all. 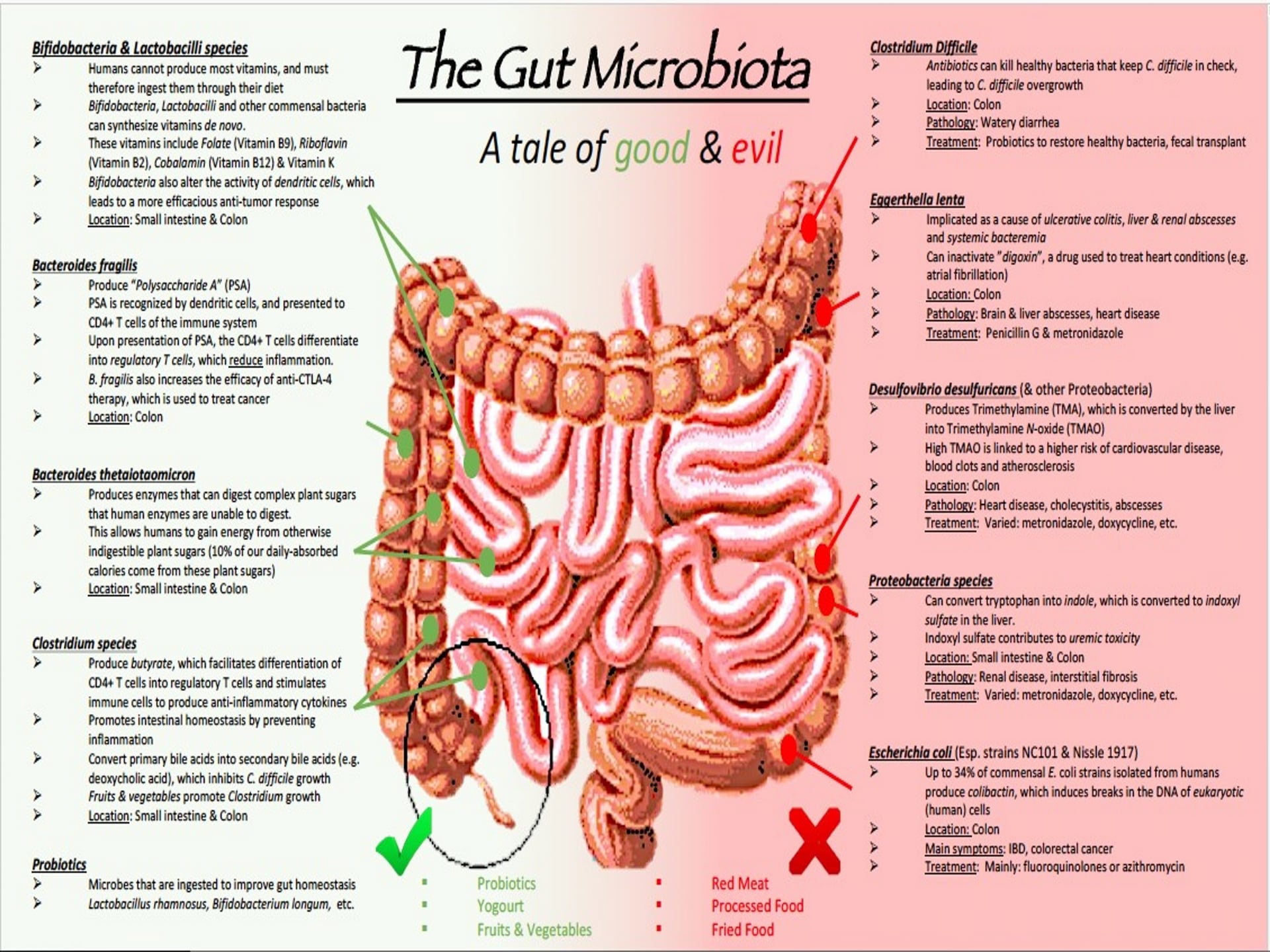 The microbiota is able to colonize virtually every surface of the human body exposed or in contact with the external environment: skin, respiratory tract, urogenital tract and gastrointestinal tract.

At birth, the digestive tract of newborns is completely sterile, but microorganisms from the reproductive and fecal tract of the mother are colonized immediately after delivery (note that caesarean section is able to inhibit correct bacterial colonization of the newborn). Thereafter, the bacteria come from breastfeeding, from the environment, and then from foods ingested throughout life.

Considering the extraordinary ability of the intestinal microbiota to positively interact with our organism through various strategies, not least also an exchange of gene fragments, a Dutch researcher several years ago defined the microbiota the "super-organism" identifying it precisely as "an organism within the our body ".

The microbiota that colonizes the gastrointestinal tract contributes to maintaining a state of good health thanks to some peculiar characteristics: 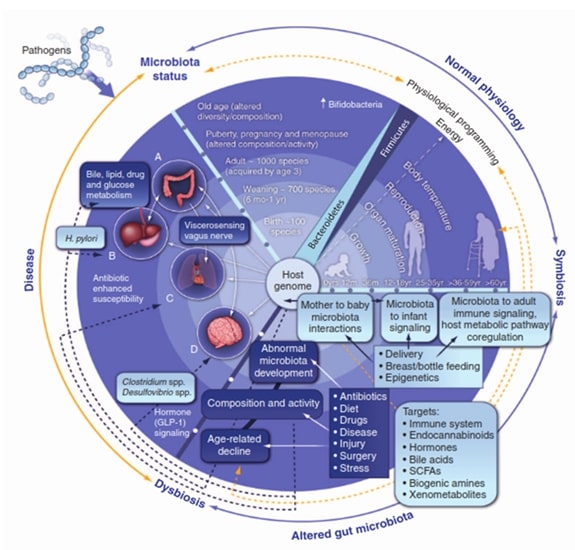 There are several situations that contribute to making up the intestinal flora in adulthood, among these it is worth highlighting the following

In fact, given the considerable diversity of microorganisms present in the intestine, these are divided into useful species and potentially harmful (pathogenic) species : in general, beneficial species prevail but, when some situations described above arise overwhelmingly, a alteration of the balance between beneficial and pathogenic microorganisms, known as intestinal dysbiosis . This condition causes a series of symptoms limited mainly to the gastrointestinal tract but which in the long term determine a large number of pathologies, sometimes even of considerable importance, especially at the level of involvement of the immune system. 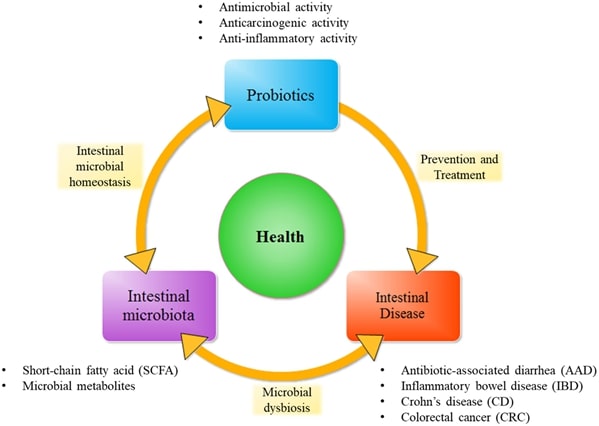 How to restore the intestinal flora? The importance of probiotics

Probiotics are harmless microorganisms. If taken by mouth, they can replicate and colonize the intestinal tract to rebalance the microflora and contribute to the health of our organism, and this is not a recent discovery: in traditional Chinese medicine the use of dried and pulverized human feces was reported. in the treatment of intestinal diseases.

In 1965 the term "probiotic" was coined, defining with this term several selected bacteria to be used for therapeutic purposes. Since 1989 the first true targeted therapy based on probiotics has been set up, the Saccharomyces Lactobacillus generates has been used .

Probiotics exert a regulating action on the intestinal microflora , restoring the correct ratio and therefore inhibiting the action of pathogens (dysbiosis), strengthening the intestinal barrier and stimulating / protecting the immune system . Recent therapeutic variants see the use of probiotic strains developed for their ability to resist a low gastric pH, giving rise, however, to a plethora of variants with physiological properties still unknown.

The table below shows the main species that enter the various probiotic formulations.

However, it is not easy to define exactly the operational models of probiotic therapy due to a relative scarcity of studies which, in turn, are mainly based on clinical data given the complexity in determining the composition of the microbiota from time to time due to invasiveness of the procedures. Still based on clinical data, strain-specific therapies are being developed that have surpassed the model relating to bacterial compositions that contained a little bit of everything.and therefore necessarily very generic, on the other hand it was necessary to develop more and more specific studies also following reported side effects, for example the abuse of specific probiotics such as L. rhamnosus was reported to have caused bacteremia, sepsis or endocarditis in patients with severe inflammation of the digestive organs for which it is necessary to have more information. To this end, many hopes are nurtured by the studies that make use of the omics sciences (transcriptomics, genomics, metabolomics) thanks to which more and more precise information is arriving.

Below is a series of tables showing the associations (such as strains for specific diseases) currently recognized as effective and safe: 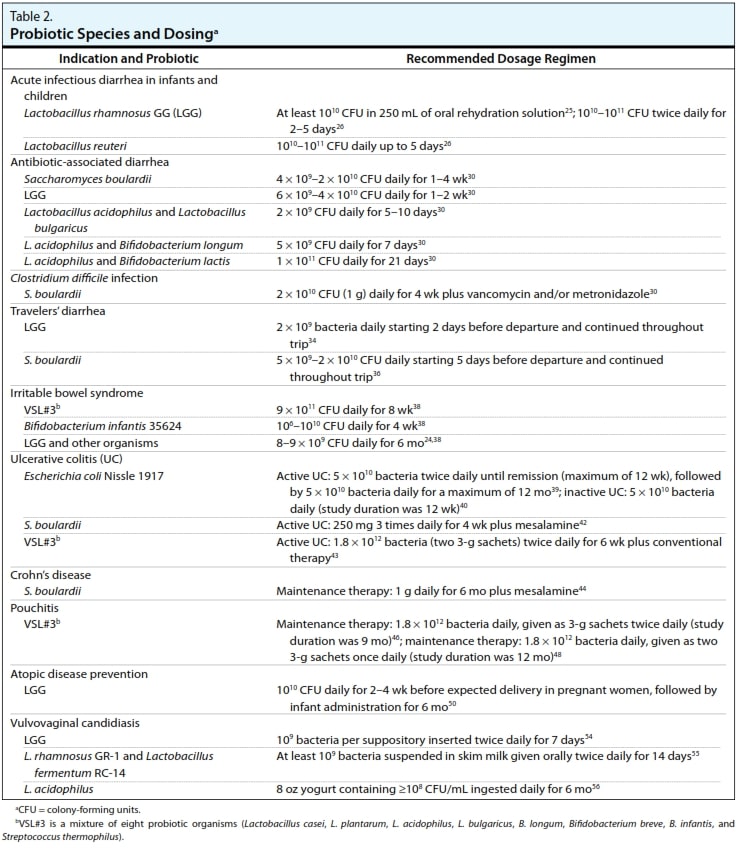 Probiotic therapy can certainly be a natural and effective approach to restore the integrity of the intestinal barrier and eubiosis, resulting in better absorption of nutrients and better overall health, including reducing the incidence and severity of intestinal diseases. but the specific warnings must be followed.

Suggested articles
Prebiotics, probiotics and intestinal bacterial flora | Complete guide
Dietary supplement for MMA and combat sports
OMEGA3: What they are and where we can find them