How to choose among the many forms of magnesium on the market?
Home / Supplements and Nutraceuticals

How to choose among the many forms of magnesium on the market?

Magnesium is a mineral that we can call a true micronutrient "essential" for our health, so that it is frequent to hear people who are directed to its integration for various reasons related, in particular, to moments of stress.

But magnesium is much more useful to our bodies.

Just think that it acts as an activator of about 300 enzymes, which regulate fundamental metabolic processes.

How come it turns out to be one of the most used supplements to date?

Because there are situations in which our organism consumes a lot of it:

Magnesium, among the many physiological activities where it intervenes, stimulates nerve function, promoting the transmission of impulses.

At the intracellular level, it activates exokinase, enzyme that converts glucose to glucose-6-phosphate (first step of glycolysis through which sugars are "burned" to produce energy), necessary to provide energy to all cells; especially those nervous and muscular that consume a large amount of it in the phases of intense psychophysical commitment that we often encounter.

This precious mineral stimulates the production of serotonin, which "calms" us by placating the hyperactive nervous system, and which plays an analgesic, even antidepressant and stabilizing mood tone. 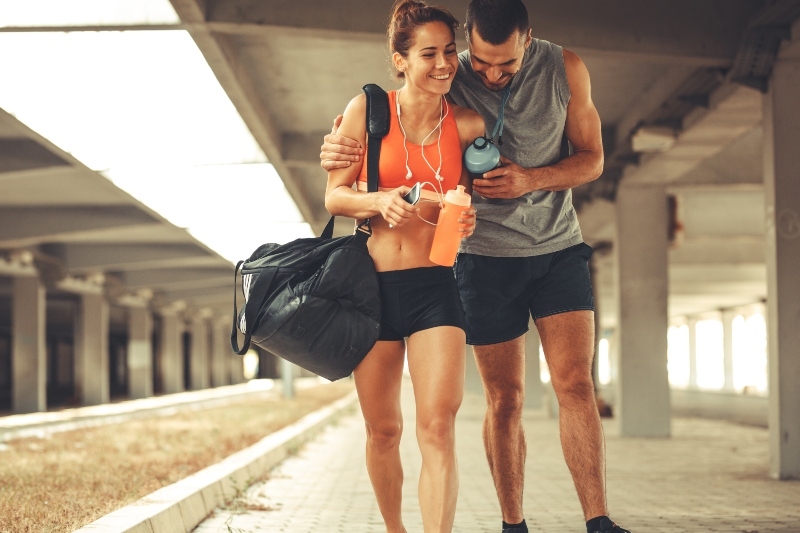 Stress tends precisely to deplete magnesium reserves because the body uses so much for its "inhibitory" abilities, calming and, not surprisingly, its deficiency favors depression nervousness, anxiety, tics and insomnia.

So valuable is its activity that turns out to be one of the micronutrients that most recommend after training. Once compensated for the "plastic" need to rebuild muscle tissue (and immune system) and energy, we must think of promoting the "enviroment" in which the organism works at its best, with conditions that see go "out of the way" adrenaline, cortisol etc.

Magnesium favors the passage of the nervous system that "fights and flees" in the moment of emergency priority to that of "relaxation, calm and digestion" of the parasympathetic.

Taken before sleep is further exploited its effect on the hormone melatonin, which drives the sleep-wake cycles and binds to the receptors of gamma-aminobutyric acid (GABA), neurotransmitter responsible for the reduction of nervous activity that if excessively still in Adrenaline "alarm" from performance, will not be so efficient to start more efficiently all recovery processes.

Even in premenstrual syndrome and menopause (due to hormonal imbalances), there were significant drops in magnesium levels resulting in a typical mood change and irritability. Magnesium is also very important for the process of mineralization and development of the skeletal apparatus, in fact 70% of the body’s magnesium is found in the osteoarticular system.

With regard to magnesium, there are additional limiting factors that may influence the assessment of its hypothetical integration. Let’s start with age, since the ability of intestinal cells to permeate magnesium in the intermembranic space decreases significantly with the passage of time. We also think of inflammatory bowel diseases, such as irritable bowel syndrome, coeliac disease and other disorders that compromise the ability to absorb it or the use of contraceptives. Another factor not considered is that several other minerals affect its ability to be absorbed.

Another element to evaluate carefully before integration is the following: do not take "high dosages" at once (for example do not exceed 3-400 mg in single intake). Absorption of magnesium is considered to be inversely related to the dose ingested.

Given the proven importance of this mineral, there are countless market alternatives with equally variable prices and contents.

All this, of course, creates confusion in the consumer, who, does not know how to orient himself in the purchase and, often, chooses based on the best advertising and the best product marketing.

Instead it is essential to choose any type of supplement (especially one as fundamental as magnesium), not on the basis of the most beautiful advertising but always and only on the characteristics of quality and bioavailability of the product and price, appropriately commensurate with the quality of the product.

In the more "inexpensive" product versions, magnesium is often formulated in a way that can cause side effects such as abdominal cramps and even diarrhoea: they are, in fact, poorly soluble and bioavailable magnesium formulations and, such characteristics, compromise correct and efficient assimilation process.

In particular, the following should be avoided:

- magnesium sulphate;
- magnesium carbonate;
- magnesium oxide (with a strong laxative action), in fact, are often found supplements with a more laxative effect and with little bioavailability obtaining, consequently, the opposite effect to the desired one; this characteristic is typical of inorganic salts bound to magnesium. Low solubility, malabsorption, effectiveness that disregards expectations or worse, the disorders make stop the intake.

The forms of magnesium to be preferred are the organic ones:
- the chloride;
- the sick person;
- the pidolate;
- citrate (widely used as an alkaline to promote the physiological acid-base balance of the organism);
- the gluconate;
- the treonate;
- the most recent "bisglycinated" magnesium.

The latter, magnesium bisglycinate is a form of chelated magnesium, linked to two molecules of glycine, which is absorbed with active mechanism in the intestine, therefore having a much greater bioavailability than the other formulations, In addition, it has been proven its poor elimination after intake - without creating any kind of intestinal disorder phenomenon -. This form is undoubtedly one of the best and effective versions if you decide this type of integration, a simple and safe element that can help facilitate the transition from "hyperactive" mode, nervous, contracted to a state of greater relaxation and well-being.

Suggested articles
How to choose a multivitamin: a short practical guide
Prebiotics, probiotics and intestinal bacterial flora | Complete guide
Sports and nutrition: the importance of carbohydrates