Learn the anatomy of the biceps

Biceps, more correctly biceps brachii, are the arm's main flexor muscle, along with three other muscles: 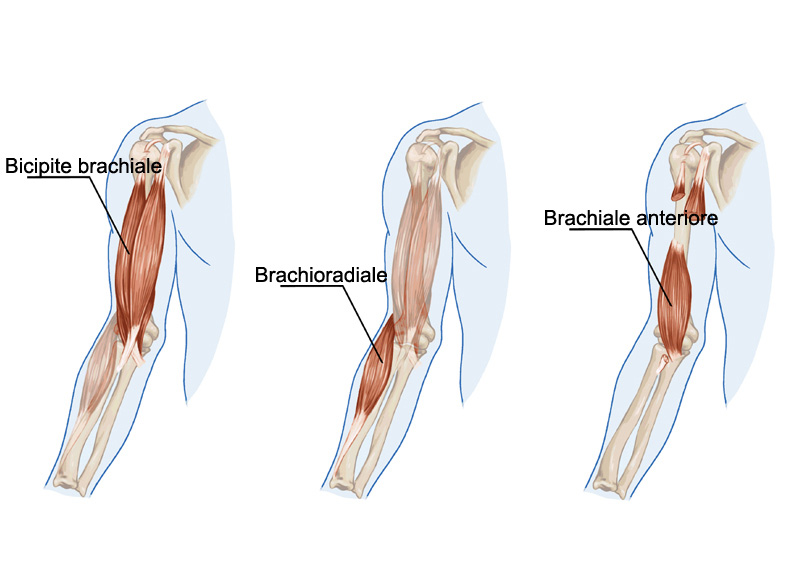 The biceps brachii is one of the arm's anterior muscles along with the brachial and coracobrachialis. It has two heads - a long one and a short one - which merge into a single muscle belly.

It is mostly stimulated with arm flex exercises and forearm supination.

Its maximum strength is expressed in the range between 30 and 100 degrees of flexion.

The brachial muscle has a long shape running from below the brachial bicep to halfway down the lower arm.

Its role is basically a forearm flexer, whatever rotation it takes on. It is mainly stimulated with exercises in which the arm is forward of the shoulder, like in the Scott bench.

This fusiform muscle originates from the coracoid process of the scapula, like the short bicep head which it runs parallel to anteriorly and laterally, before inserting into the lower half of the body of the humerus on its medial aspect.

It is stimulated with exercises for the pectoralis major and the anterior deltoid.

Located on the outer forearm close to the elbow, this muscle is stimulated mostly by forearm flexes, particularly at the beginning of the movement when the bicep has not yet expressed maximum strength.

During exercises in which the arm's position can vary, if it is going to be placed in front of the shoulder it should be noted that with anteposition (e.g. Larry Scott curls) the anterior brachialis will be more stressed which disadvantages the biceps. In conditions which allow the arm to move backwards from the vertical axis passing through the shoulder (e.g. dumbbell curls on an incline bench) the pre-stretching of the brachial biceps will increment intervention in order to be able to flex.

Changing the position of the arm stresses different muscles.

The brachioradialis muscle is a surface muscle occupying the lateral aspect of the forearm. It intervenes in movements like hammer-grip curls to train the forearm.

In movements like the hammer-grip curl the brachioradialis muscle intervenes

To have big muscles, you first need to have strong muscles. And to build strong muscles you need to recruit as many fibres as possible. So it's important to forget about 3 x 10 or 3 x 12 sets and focus on sets of a maximum of six reps, which can manage heavier loads.

Check your posture and execution

Managing heavy loads is well and good, but you always have to check the execution:

Get to the point of collapse, but without abusing yourself.

High-intensity techniques shouldn't be abused, particularly isolation exercises, but they should still be done from time to time.

Even for the biceps if you're able to, for one or two exercises you can take your reps to the limit, and with a buddy you can do one or two forced reps to completely exhaust the muscle. If you decide to do your forced reps on exercises that use one arm at a time like a dumbbell curl you can use the other arm to force yourself instead.

It is important to keep your muscles tense throughout each exercise. Keep the bicep contracted throughout the whole range of motion to better stimulate all the fibres.

Stretching is also important: for each repetition you should always go from maximum contraction to maximum distension, keeping the muscle tense the whole time.

Recovery is essential, so training the muscle with the right stimulus then giving it the right type of rest and proper nutrition is key.

Don't think you can grow the biceps beyond a certain size without growing the whole body.

The best exercises for biceps include: 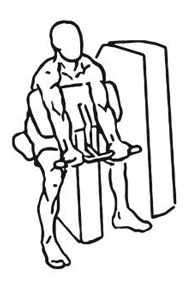 Placing the arms in front of you has an effect similar to Scott bench exercises, with the added advantage of constant work because of the machine cams, creating an even workload. It is actually difficult to train and stress bicep muscles against a fixed resistance. Taking advantage of being able to rotate the forearm further (if the machine allows it) lets you work on the brachioradialis as well as the biceps. The same is true of exercises with a neutral grip. You should always make sure the negative exercise phase is being done slowly. 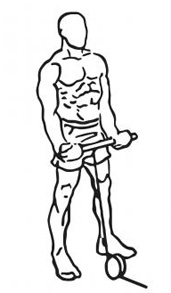 Similar to standing barbell curls, with the added bonus of the machine's resistance being the same even when the forearm is flexed, meaning the load is more even, even if not perfectly so. The main muscle involved is, of course, the bicep, given that in this monoarticular exercise the forearm is in supination, but the work is supported by the other flexors (the brachial and brachioradialis). You can feel the shoulder muscles working, mainly acting as stabilisers. A narrower grip than the one advised moves the stress to the long head of the biceps. You can also train using a rope instead of the hard handle. In this way the stabilising muscles and the forearm muscles will be the last ones that are brought into use. 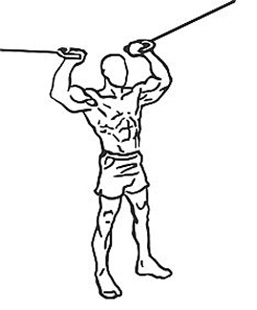 This effectively stresses all the brachial bicep muscles, particularly around the long head. The shoulder and forearm's stabilising muscles are actively working. 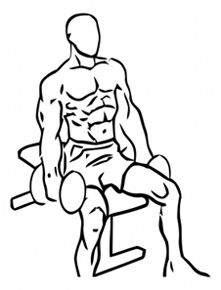 This monoarticular exercise stimulates the biceps, brachioradialis muscle and the supinator thanks to the bar's free movement and extra scope for forearm rotation. As well as doing the exercise with a grip ranging from a neutral position (hammer grip) to a supination grip (palms facing yourself), you can do the exercise while keeping a hammer grip. In this case stress on the brachial and brachioradialis is even greater. 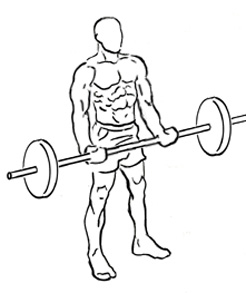 The barbell has to be parallel to the collarbone with the forearm stretched over the body; at the end of the exercise the elbows are pushed slightly forward. As well as the biceps - which does most of the work in this exercise - some of the forearm muscles like the brachioradialis are heavily involved too. The exercise's negative phase is as important as the concentric one. So you should pay attention to the speed you release the barbell.