Injuries in Cross training: the most frequent and integrative approach
Home / Cross Training

Injuries in Cross training: the most frequent and integrative approach

Cross training is a discipline that has had a great diffusion over the last few years, arousing great interest.
The great diffusion and the large number of practitioners that include both amateurs and professionals, added to the intensity of the performance model of the discipline, has brought with it the idea that it is a sport where a higher possibility of injury can occur than others. disciplines.
But is it really so?

The ever growing scientific research and experience of doctors, athletes and coaches passes through various studies that bring out aspects and data to be analyzed specifically.
Let's start by saying that, to date, there are no studies that have shown that Cross training is more dangerous in terms of incidence of injuries than other activities that use overloads such as, for example, Bodybuilding, Powerlifting or Olympic Weightlifting as well just as there are no studies that show, with certainty, that these sports are more dangerous or have a higher incidence of injuries than activities such as running or football.

Montalvo (1) with his epidemiological retrospective on injuries in the world of Cross training, carried out through an in-depth evaluation with the administration of questionnaires to athletes participating in Cross training competitions, found that the injury rate was 2.3 out of 1000 hours of training. 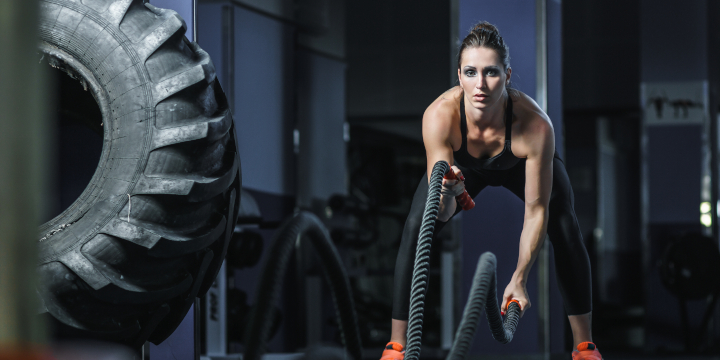 Among the most reported injuries, those in the shoulder, knee and back predominate

As far as injuries related to the shoulder are concerned, this is due to complex intrinsic, static and, above all, dynamic anatomical factors of this joint and to the wide movements allowed.
The gestures that involve the movement of the upper limb above 90° require a delicate balance between the active (neuro-muscular) and passive (capsule-ligamentous) stabilizing component.
The structures of the shoulder, subjected to repetitive stress, with considerable angular velocities and important external loads, can undergo overuse injuries on a microtraumatic basis.

The most common pathology is shoulder impingement: which occurs with movement over the head when the tendons, vascular and nerve structures around the shoulder are subjected to compression or traction within the joint.
Symptoms include pain in the front and sides of the shoulder when moving the arm overhead or when lying on the injured side.
While there may be several causes of shoulder impingement, as far as Cross training is concerned, the common culprits are excessive stress on the rotator cuff tendons and shoulder instability (weakness of the rotator cuff and surrounding ligaments).
Common activities that aggravate shoulder impingement include clean and jerk, snatch, pull up, and dip. 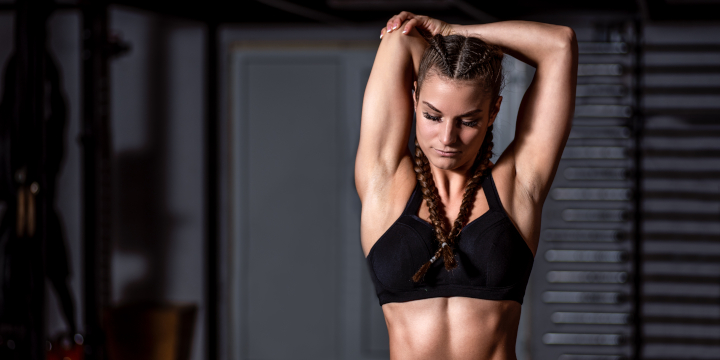 Knee pain, technically called patellofemoral pain syndrome, is a type of condition that can affect anyone who performs activities that require repeated bending of the knee such as jumping, squatting, and running.
Depending on the athlete, it may also be called Runner's Knee, Jumper's Knee or Cross training athlete Knee and usually describes aching pain in the knee around or below the kneecap.
Symptoms typically include pain that worsens or increases when bending the knee, walking up or down stairs, kneeling, running, or even getting up from a chair.
Occasionally, swelling around the patella may occur and the athlete may experience a "noisy" sensation in the joint.

Lumbar strain: what is it?

Most Cross training athletes suffering from low back pain are actually experiencing what is known as lumbar strain.
This occurs when weights that are too heavy for the strength of one's muscles are lifted along with bad or unusual form.
The back also tends to be affected as an area prone to injuries and this often happens due to an incorrect work of the core which has the stabilizing function during work with overloads. 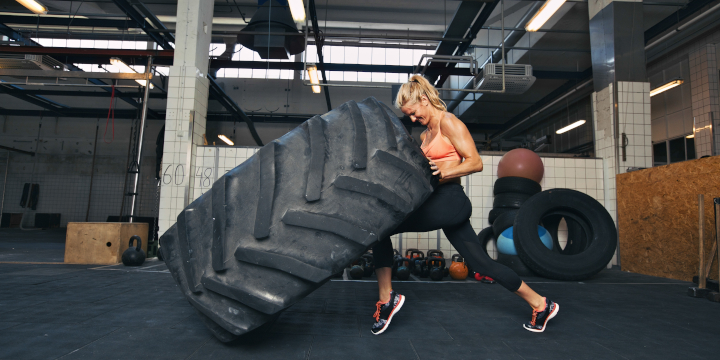 Cross training and supplementation: the fundamentals

Supplementation and supplementation for a high intensity sport like Cross training is of paramount importance.
We can divide the goals by increasing

Starting from prevention, certainly, supplements such as Arthomine and Hydrolyzed Collagen play a fundamental role in counteracting the systemic inflammation produced by training by counteracting the aging of the muscle tendon structures.
Cordyceps, due to its respiratory tract support characteristics, is a key performance supplement with its ability to support metabolism by increasing cellular bioenergy (ATP) up to 55% resulting in greater resistance to fatigue.
Another recommended supplement is Ashwaganda for its adaptogenic abilities and its actions against states of anxiety and severe fatigue. Promotes better distension and relaxation, a true natural anti-stress and helps to recover and maintain attention between one training session and another.