Maritime pine and its virtues

The pycnogenol, extracted from the Maritime Pine, is a molecule that is attracting more and more attention from the scientific community, in fact, is demonstrating very important beneficial properties on:
- cardiovascular health;
- the quality of the skin;
- microcirculation;
- menstrual pain.
In this article, we will present the compound and focus on the main benefits observed.

Pycnogenol is a patent, extracted from the plants of the maritime pine in the forest Les Landes Gascogne in southwestern France. The forest is not treated with pesticides and these plants do not undergo seasonal variations. Extraction modes are the most refined and follow the best technological standards [1].

The first thing we’re going to look at is the cardiovascular benefit. Pycnogenol has proven effective in improving cardiovascular health, especially when combined with a healthy and balanced lifestyle.

We have numerous studies in the literature that appreciate the benefits. This in first on its benefit of endothelial vasodilatation [2]. Hosseini et al. [3] then identified an improvement in blood pressure always related to the effect of endothelial vasodilation and Liu et al [4] have even identified the possibility of reducing drug treatment with nifedipine in hypertensive subjects thanks to the integration of Pycnogenol.

We do not stop here because, in hypertensive subjects, one factor that is often compromised is kidney health. Cesarone et al. [5] tested the integration of Picnogenolo on a group of subjects taking Ramipril, an ACE inhibitor for high blood pressure treatment. The group that took Picnogenolo saw an improvement in renal function related to the increased rate of blood flow in the renal cortex. Stuard et al. [6] also tested the effect in diabetic subjects and with metabolic syndromes.

Blood vessel damage is a typical problem of diseases such as diabetes, arteriosclerosis and hypertension. However, cardiovascular health is a much wider area. We have in fact several problems that occur in acute (heart attack, stroke..) due to the formation of platelet aggregations (thrombi and clots). The stimulation of nitric oxide allowed by Picnogenolo reduces platelet activity, its tendency to aggregation. Putter et al. [7] tested this effect in subjects typically exposed to these issues: smokers.

Last but not least, Ddevaraj et al. [8] identified an improvement in blood profile (in the ratio of good HDL cholesterol to bad LDL) due to the integration of Pycnogenol. This factor is also an important risk factor, in chronic for our cardiovascular health. The pycnogenol, therefore, seems to have an effect at 360 degrees and can represent a great preventive action as well as parallel to pharmacological treatment. 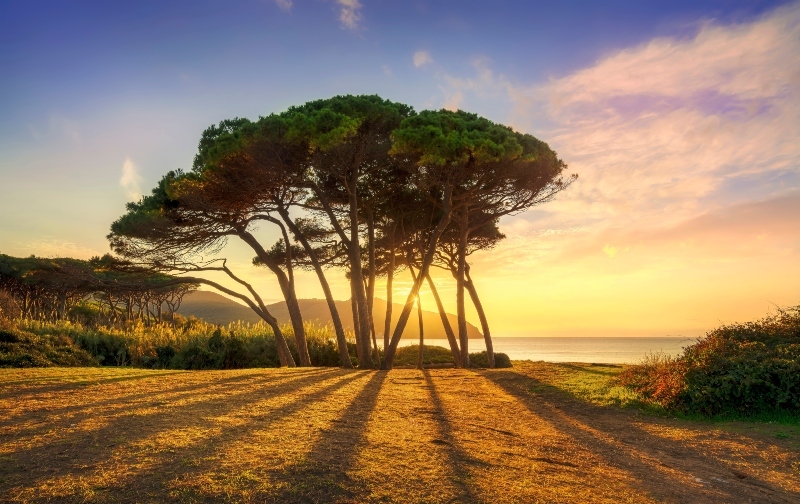 Scafer et al. [10] then saw how the pycnogenol inhibits the enzymes COX, the main responsible for joint pain (many drugs with anti-inflammatory and analgesic action not steroidal as ibuprofen and paracetamol intervene just enzymes COX). Pycnogenol studies on osteoarthritis are countless and have led to always conclude about its anti-inflammatory activity that makes it interesting as a synergistic molecule to a pharmacological treatment (aimed at reducing the quantity and possible side effects). Belcaro et al. [11] found a decrease in C-reactive protein up to 72%!

Related to inflammatory discourse, Picnogenolo found an interesting application in the treatment of menstrual disorders. These situations are often treated with Nsaids, non-steroidal anti-inflammatory drugs such as ibuprofen and paracetamol that have, mediated, analgesic action. As we have seen, the reduction of the enzymes COX (COX-1 and COX-2) allowed by the Picnogenolo allows to carry out analogous effects. Suzuki et al. [12] verified these effects directly on women (a sample of 116 subjects) to verify the effectiveness of menstrual pain. There has been an actual reduction in menstrual pain, especially in temporal terms.

Kohama et al. [13] studied the integration of Pycnogenol in the case of endometriosis. This condition affects the tissue that covers the uterine cavity, precisely endometrium, which is normally eliminated with menstruation. In endometriosis, this tissue comes out from the uterus and is positioned, growing, in an abnormal location in the body (ovaries, tube, uterine wall.). Each menstrual cycle develops and goes to grow new endometrial tissue that leads to an aggravation of the condition over time. Treatment of fans can be reduced with the integration of Picnogenolo which has been shown to reduce pain after endometriosis surgical treatment.

The last area we can observe is the relationship between Pycnogenol and blood sugar. In fact, the molecule has been shown to lower blood sugar and improve the management of carbohydrates in our diet. In fact, we are witnessing a slowing down of the glucose input into the bloodstream and, consequently, a reduction of insulin spikes (with relative loss of homeostasis and consequent endothelial damage).

The absorption of carbohydrates in fact requires an enzymatic splitting of the same into glucose monomer (the only one that can enter and circulate in the bloodstream). This splitting happens thanks to enzymes, glucosidase (alpha). Normally it is a very rapid process, slows down with co-ingestion of food proteins and fats. Pycnogenol has shown a particularly high binding affinity for glucosidase by delaying carbohydrate uptake [14]. This seems to be related to the large size of procyanidin of the product which gives an advantage over flavonoids (which have their related but less powerful action).

The role of Pycnogenol in preventive diabetes treatment was evaluated by Liu & Zhou et al. [15] highlighting that Pycnogenol does not intervene in insulin levels and that the effect is directly proportional to the dose up to a dose of 200mg per day.
The molecule has been studied as an ache for metabolic syndrome and as a parallel to pharmacological treatment and has proved to be absolutely effective and potentially useful for reducing the pharmacological dosage of patients [16] [17] [18]

Pycnogenol has been studied for more than twenty years now, relatively little for science and literature, but enough to allow interesting applications. There are countless other benefits and applications that we can analyze in later articles. The normally recommended dosage ranges from 50 to 200mg. An effective dosage of up to 400mg per day has been seen to improve cardiovascular health and reduce the risk of the formation of clots and clots.
As always, the association of pycnogenol intake with a healthy and balanced life is necessary to better appreciate its effects.

Suggested articles
Pycnogenol: the most powerful scavenger in nature
Bodybuilding and heart | Is it true that bodybuilding is bad for the heart?
Turmeric: the spice with a thousand beneficial properties