Pineapple: the fat burning fruit. Between myth and reality
Home / Nutrition and well-being

Pineapple: the fat burning fruit. Between myth and reality

Among the false food myths, one in particular concerns a typical fruit of the summer season, well known and appreciated above all for its fat burning function. But does pineapple really burn fat? The only possible answer is: “Of course! But only if you go to pick it up in the summer, on foot, as far as South America. " Let's find out in this article why it is believed that this sweet fruit is a magical fat burner and what are its real effects on the body. 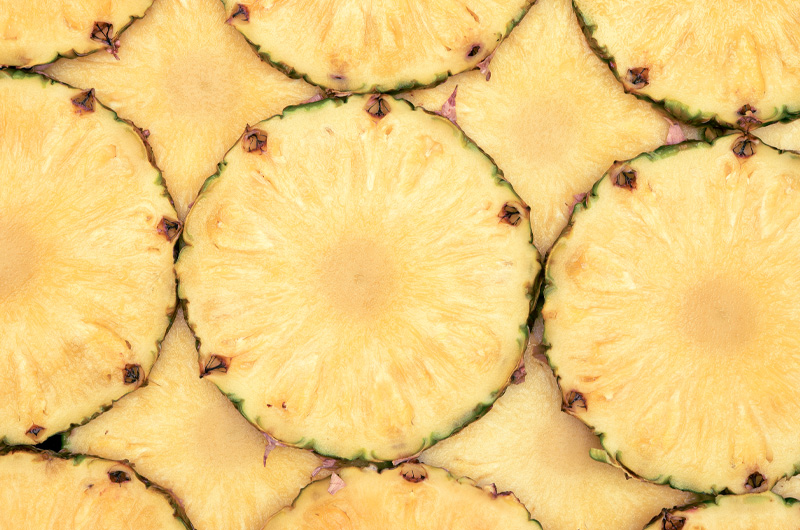 Belonging to the Bromeliads family and native to South America, pineapple is a decidedly curious fruit. Technically, even defining it as a fruit would be inappropriate: in reality it turns out to be an infructescence, that is the set of fruits derived from the ovaries of an inflorescence, which give the pineapple the typical "cubed" external shape. It is composed of water, Protein, lipids, carbohydrates, vitamins and various microelements, such as calcium, phosphorus, iron, magnesium and potassium, but the real component responsible for its reputation as a fat burner is an enzyme, bromelain, mainly contained in the stem of the fruit. Let's understand why together.

Pineapple: Because it is believed to burn fat

Raise your hand if you have not heard the phrase "I eat a piece of pineapple because it helps burn fat" at least once: this fruit has always been combined with fat-burning properties, so much so as to justify its consumption after large meals or even after dessert . Everyone, in the course of their life, has believed at least once in this rumor, which in any case has "scientific basis". From a nutritional point of view, as mentioned above, pineapple is composed of 90% water, many Fibre, vitamins and minerals, but very few kcal (about 40 / 100g). These characteristics make it in itself suitable for a low-calorie diet, but this is not enough to define it as a fruit capable of stimulating the loss of body fat. So where does the belief that it helps us stimulate lipid metabolism come from?

As always happens for beliefs and legends, there is always a point of origin: the one on the pineapple is closely linked to a particular substance, present in this fruit and in very few other foods. We are referring to bromelain, an enzyme capable of stimulating the digestion of Protein, and which is in fact often used also at an industrial level to make some meats softer (and for this reason administered to those suffering from digestive swelling). This enzyme has an activity that is defined proteolytic: it is therefore able to break the peptide bonds between Protein. Thanks to these characteristics, bromelain is able to break down the complex protein structure, in order to allow the body to digest and absorb the nutrients derived from Protein, while discarding the non-useful parts.

In addition to this ability, bromelain is attributed further properties that make it credible as a slimming: in fact it also acts as a very powerful anti- inflammatory, useful in reducing the symptoms of edema, cellulite and water retention. In a nutshell, it means that it is able to exercise its function by working on the accumulation of liquids and, even if it may seem strange or little known, inflammation is the main responsible for the formation of water retention, through a series of mechanisms that occur. they feed themselves.

In fact, if we are inflamed it will be easier to develop disorders such as edema or cellulite, which in turn promote pro-inflammatory symptoms. Thus we enter a vicious circle from which it is difficult to escape.

The real benefits of pineapple and bromelain

Bromelain helps us to unblock the situation: it does not reduce inflammation by inhibiting the Arachidonic acid cascade, but on the contrary it is able to promote the production of a series of anti-inflammatory substances, called cytokines. 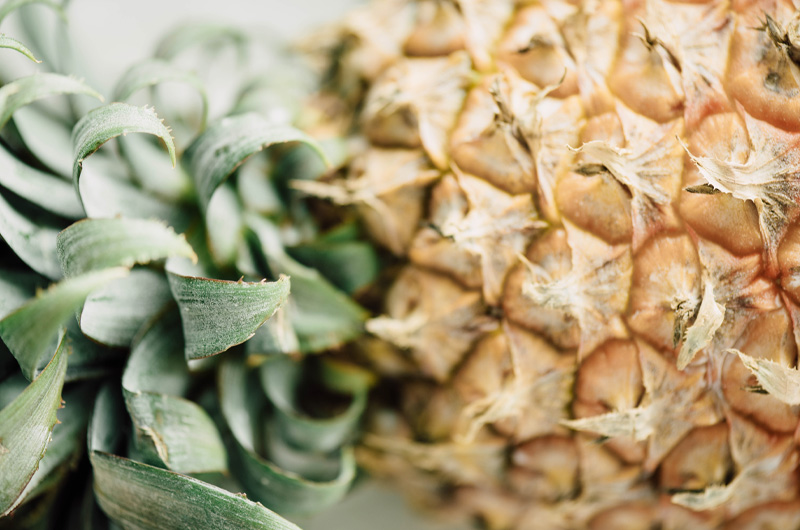 Bromelain also helps to reduce swelling in the lower limbs, to drain fluids, to decrease pain caused by wounds or injuries, to treat dysmenorrhea, is effective on thrombophlebitis, is a good mucolytic and decongestant and also seems to enhance the effect of some antibiotics and drugs. It therefore does much more than just a fat burning action.

While not directly making you lose weight (although indirectly it can help, as we have just seen, to keep swelling under control and reduce inflammation), pineapple is a refreshing, tasty fruit and an excellent health ally. But, as with most enzymes (and Protein), bromelain is sensitive to heat; its structure is therefore "denatured" when exposed to too high temperatures.

Cooking, in fact, is the enemy of this substance, which is destroyed and consequently lost even with just a passage in the pan.

Even canned pineapple loses many of its beneficial properties and is not useful in a slimming sense: Bromelain, in fact, is found mainly in the stem and in the fibrous parts, which are always discarded to produce the perfect slices contained in the cans (and which however they are for the most part inedible, too hard to chew and not very pleasant on the palate).

Pineapple and weight loss: is it all a scam?

The answer is, of course, NO. Pineapple is an excellent food, and bromelain has been shown to have many beneficial effects for health, which make it an essential component of many supplements (from draining to those with a truly thermogenic effect).

Consuming supplements with this enzyme or this fruit directly, especially in summer, can certainly give us several benefits. But no, it alone does not stimulate weight loss. There are no substances naturally capable of doing this, or at least not in the strict sense. Not even the magical bromelain.

Although it does not burn fat, the enzyme certainly improves circulation, manages to mitigate the symptoms of heartburn or disorders, supports cell metabolism, skin trophism and the reabsorption of edema and inflammatory agents. 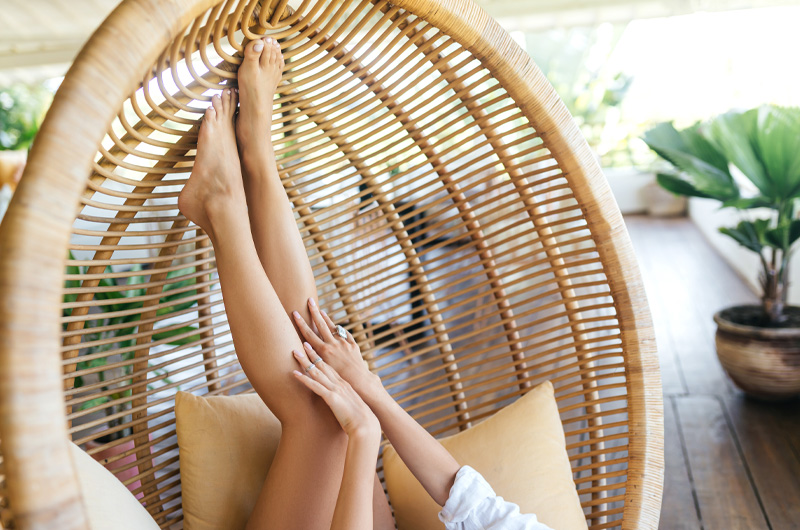 Bromelain is often used with satisfactory results especially by women, against the stagnation of liquids and in particular against the swelling of the lower limbs. Bromelain supplementation provides 2000 mg of enzymes, with an activity of 5000 GDU per recommended daily dose, and is indicated to promote digestive function, assisting the digestive process if taken with meals. In addition, it will also work as a support for the drainage of body fluids and for the functionality of the microcirculation, relieving the sensation of heavy legs and counteracting the imperfections of cellulite.