We often hear about lactic acid, probiotic and prebiotic supplements used to support intestinal health, but what are they, what are they used for and, above all, what are the differences between these substances?

Often associated with antibiotic therapies or as support for intestinal dysbiosis caused by viruses or seasonal pathogenic bacteria, probiotics and prebiotics are also very useful in the treatment of much more serious pathologies such as ulcerative colitis, Chron's disease, irritable bowel syndrome, and celiac disease, where probiotic adjuvant therapy is particularly important.

In this segment of the population suffering from chronic gastric disorders, bodybuilders and sportsmen, in general, are often more susceptible to gastrointestinal problems such as bloating, flatulence and diarrhea, especially in the phases of greater intensification of the preparation.

As you can imagine, these problems can be detrimental to sports performance and disastrous for the racing bodybuilder. Protecting the digestive tract's health and the general gastrointestinal system is therefore essential for a healthy organism and a good quality of life. 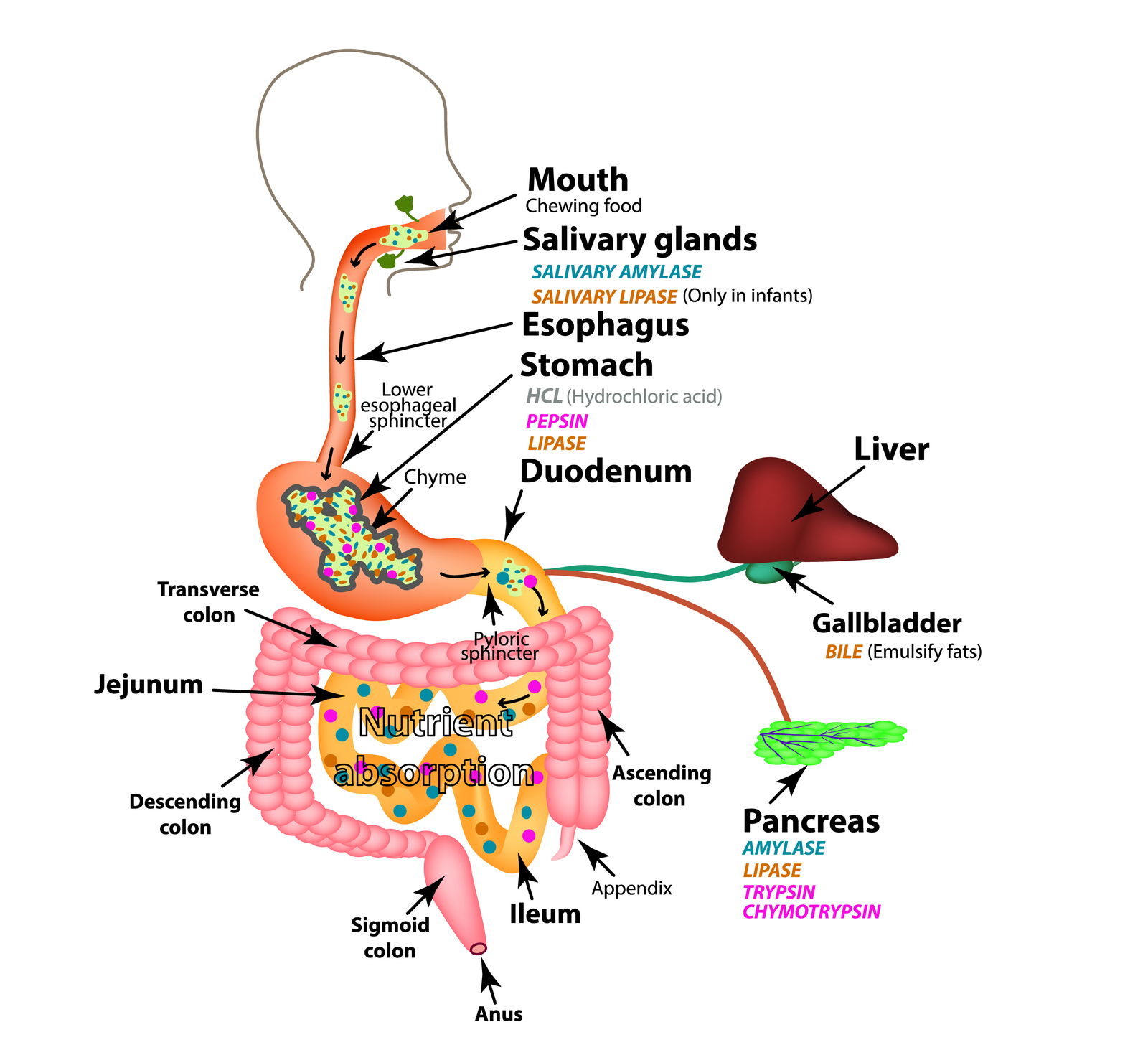 The intestine, sterile at birth, is colonized over time by a rich and varied population of microorganisms, commonly called intestinal flora, or microbiota.

The delicate bacterial ecosystem made up of hundreds of species that form the intestinal flora is found all along with the digestive system, from the mouth to the anus, with a higher concentration in the last part of the intestine (colon). This ecosystem is not only different according to the various areas of the intestinal tract, but it changes with age, sex and some environmental factors that change for each of us, such as diet and lifestyle.

Distribution of bacteria throughout the digestive system 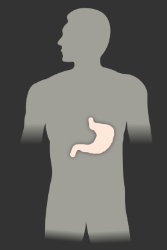 At the stomach level, the growth of bacteria is limited due to a particularly acidic environment (low pH). 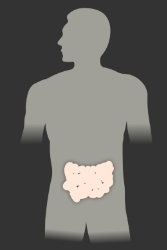 The concentration of microorganisms progressively increases in the small intestine. 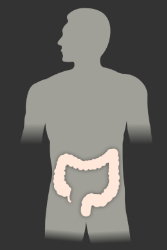 In the colon, there is the greatest concentration of bacteria that make up the intestinal flora.

What is the intestinal microflora for?

The functions of the microbiota can be summarized in:

Let's analyze each of these functions in detail.

It consists in particular in the absorption of ions (especially calcium, magnesium, and iron), in the synthesis of vitamins (folic acid, vitamin K, B vitamins and others) and the fermentation of carbohydrates (sugars).

An important effect is the production of short-chain fatty acids, because they ensure the nourishment (tropism) and the energy source of the intestinal cells, promoting the physiological activity of the colon.

It is one of the most important activities of the intestinal bacterial flora and consists of a real exchange of information between microorganisms and the tissue lymphatic system, that is, the system designed to attack when bacteria or harmful substances intervene. At the level of the tissue lymphatic system, the production of substances and cells that make up the immune (defensive) response of the organism takes place, which contributes to good general health.

A very important function, necessary to defend the organism from pathogens already at the level of the gastrointestinal tract. It is ensured by saliva, gastric acids, peristalsis, cell membranes that cover the internal surface of the intestine (epithelial) and naturally from the microbiota.

The gastric bacterial flora constitutes, in fact, the first line of defense against external bacteria (thanks to the low pH), while the intestinal flora acts through mechanisms of competition with the pathogens for the epithelial adhesion sites and available nutrients. It also produces specific protein substances, such as bacteriocins, which directly attack pathogenic bacteria.

Alterations of the bacterial flora

The alteration of the bacterial flora is called dysbiosis and occurs when the healthy bacteria, our "good bacteria" (including Lactobacillus Acidophilus and Bifidus) decrease, while the harmful ones (including Bacillus Coli) increase. Other times it happens that some types of bacteria mutate becoming pathogens, causing the classic annoying symptomatology ranging from swelling and bad breath to abdominal pain, flatulence to diarrheal discharge.

This situation makes the complete processing of fecal materials impossible, leading to poor absorption of nutrients with abnormal fermentation, in particular carbohydrates, and putrefactions which, in addition to varying the intestinal temperature, inflame the mucous membrane, weakening the immune system and facilitating the assault of viruses and bacteria on our organism.

The intestinal bacterial flora can be decompensated by:

Let's analyze these causes in detail:

During or after antibiotic treatments, it is common to find a weakened and impoverished intestinal bacterial flora. In these cases it is always advisable, at the end of the antibiotic therapy, to take various of the best probiotic strains so as to support the microbiota and avoid diarrheal phenomena and immune weakening, which could lead to other disorders such as candidiasis and cystitis.

Stress is known to be deleterious. Those who somatize very "on their stomachs" are well aware of phenomena such as colitis, which finds fertile ground when we are tense and under pressure for any reason. Even a lot of scientific research has confirmed the link between anxiety disorders and alterations of intestinal health!

Among the sources of stress, we also find sports stress which I will focus on by highlighting some interesting points. The efficacy of probiotics for athletes in preparation phases (of greater psychophysical stress) or in winter months is well known since intense and prolonged exercise is associated with a weakening of the immune system, which increases, for example, the predisposition to infections of the upper respiratory tract. Not surprisingly, ailments often occur that hinder the final stages of the athletes' preparation.

In this regard, there's an interesting study published in 2011 in the International Journal of Sport Nutrition and Exercise Metabolismemerge which claims that the consumption of probiotic supplements helps to reduce the incidence of upper respiratory tract infection by 36% in athletes who have taken the Lactobacillus Casei Shirota for four months of training and endurance physical activities.

It is frequently noted that bodybuilders, due to intense training in the presence of low-calorie food regimes in pre-contest phases (but also cyclists, runners, and professional triathletes), are often affected by gastrointestinal problems such as colitic abdominal pain and diarrhea.

Using probiotics is a great way to prevent symptoms and create an adequate defensive immune environment, avoiding hassles and hindrances in preparation and competition.

A poorly balanced diet does not help. There are foods that can promote the onset of gastrointestinal complaints by irritating and inflaming the intestinal mucosa.

If we abound in refined sugars and sweets, for example, we will have fermentative processes with high gas production, abdominal tension, swelling, and a direct alteration of the bacterial flora that could favor the onset of further ailments, such as candidiasis. Furthermore, too many sugars create a very acidic environment that favors local inflammatory states. And not only! Alcohol can create many ailments in our belly, as well as a diet low in fiber or with too many animal proteins, especially if the latter are processed/treated since they create a high potential for fermentation/putrefaction in the intestine.

Last but not least, it is advisable to integrate probiotics before and/or during travel to exotic countries due to exposure to pathogenic bacteria. Nobody would like to be spoiled by the famous "traveler's diarrhea"! 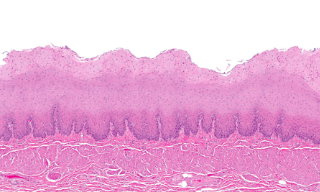 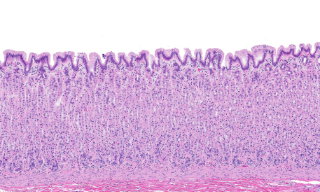 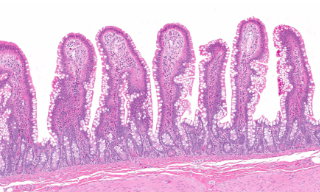 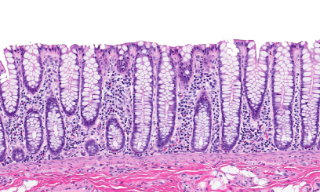 Probiotics and prebiotics: what is the difference?

Let's start by saying that both substances are useful for intestinal health...in different ways.

The 3 strains of probiotics

Probiotics are divided into three main families, which have several subgroups.

They are symbiont bacteria of the human intestine, that is, they normally live in this district. Among these, we have Bifidus Longum and Bifidus Bifidum, which are found in the intestines of adults, while Bifidus Adolescentis and Bifidus Infantis are characteristic of adolescents and infants. These probiotics prevent the colonization of harmful bacteria at the colon level, protecting the mucous membranes thanks to the ability to produce acids and maintain a correct pH. They regulate peristalsis and help intestinal transit and the production of vitamins, such as B vitamins.

They are a group of bacteria capable of producing lactic acid, a substance that keeps the intestinal system healthy. They also keep harmful bacteria away as they are their "natural competitors", using the same substances as toxic bacteria thus competing with them, overwhelming them. Among these, we find Lactobacillus Acidophilus, Lactobacillus Reuteri, widely used for children because it has an effective action on bacteria that cause caries and on those that cause enterocolitis, Lactobacillus Rhamnosus, Lactobacillus Casei. This group of bacteria is better known by the name of  "lactic ferments" and they characterize almost all the numerous supplements on the market.

Among the yeasts, we have Saccharomyces boulardii which protects the intestinal system and restores the bacterial microflora. It produces vitamin B and lactic acid inside the intestine and keeps harmful microorganisms away. They can often be associated with antibiotic therapies.

What if there is an imbalance in the bacterial flora?

We have understood how important probiotics are, not only for intestinal health, but also for correct support to the bacterial flora, which characterizes, or rather, positively conditions the whole organism's health. But what if the balance of the bacterial flora is compromised?

If we do not have efficient protection, viruses and external bacteria can take over, or the bacteria may mutate creating an inflammatory condition of the mucous membrane which, being irritated, will recall water to the intestine (causing diarrhea) as well as favoring the permeation of pathogens. When this happens, the foods we introduce, especially carbohydrates and animal proteins, will be poorly digested, creating fermentation and bad nutrients absorption.

How to choose the best probiotics

With all the products that the media or the pharmacist offer us, how do we choose?
To buy the right probiotic supplement, there is no need for a degree in pharmacy or medicine. We just need to keep in mind a few good rules:

Suggested articles
Guide to probiotics: types, which ones to choose and DIRECTIONS them
Why use the Probiotics
Skin: protect it from the outside and nourish it from the inside