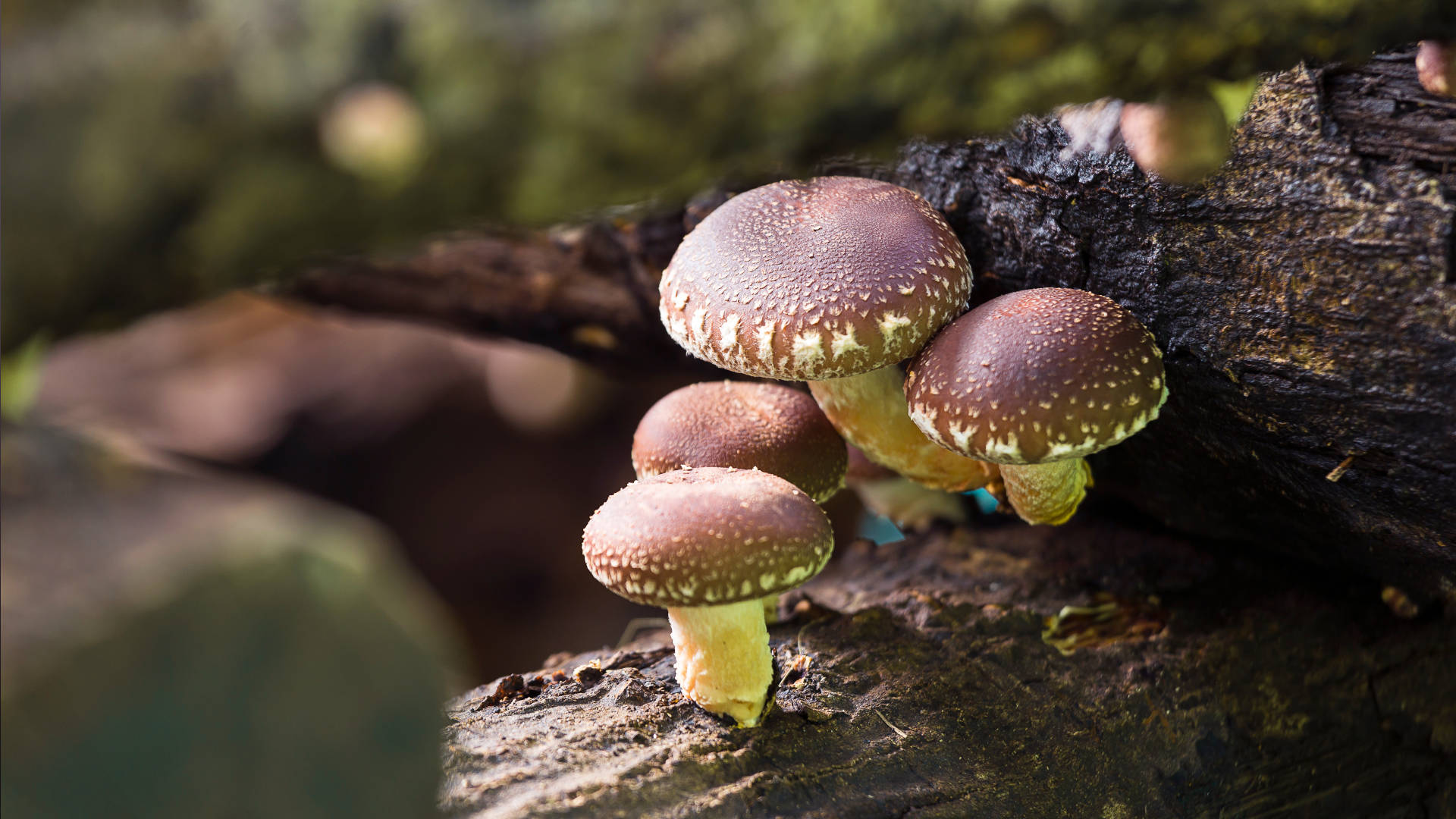 In recent times we have been witnessing a growing interest, from the western health and nutraceutical world, towards elements that until recently were only of consideration and use by traditional oriental medicines so as to open to greater insights into modern scientific research superficiality and little consideration of natural remedies such as medicinal mushrooms themselves.

Among the most considered, also given its widespread food consumption, is Shiitake.
The name derives from the Japanese word shii used to indicate a particular variety of chestnut tree (Castanopsis cuspidata) and from the word takeche (mushroom).
Shiitake is sometimes called Forest Mushroom and Black Forest Mushroom.
The Latin name of the Shiitake is Lentinus edodes (lent -flexuso- inus -which resembles- and edodes -edible-). 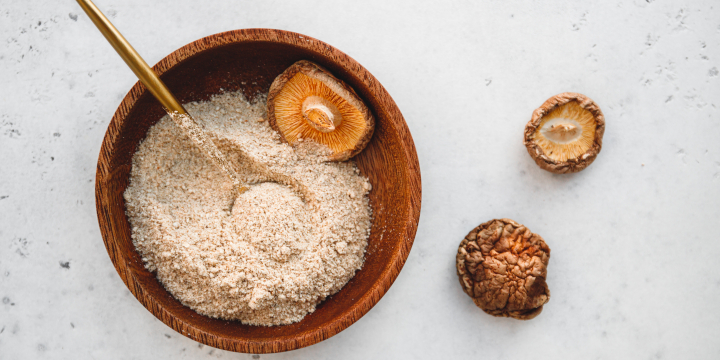 Characterized by an intense flavor, its the most famous culinary mushroom in the world and its cultivation in China is even earlier than that of rice

Grows spontaneously on the trunks of dying oaks and chestnuts and also boasts several therapeutic properties already appreciated in the Ming era.
Its characteristics have been studied since the 1960s when a group of Japanese epidemiologists noted that degenerative diseases were practically absent in two isolated mountain districts.
Scientists discovered that the main activity in both areas was related to the cultivation of Shitake that the inhabitants habitually used in food.

Rich in proteins but also a source of biologically active compounds of medicinal value; its recognized as having anticaryogenic properties. As for its health benefits and nutritional value, shiitake mushroom stands out for its high content of fiber, protein, essential amino acids, vitamins and minerals (especially the antioxidants selenium, manganese and zinc).
Analyzes of the components of shiitake revealed a number of biologically active compounds, including erythadenine; an amino acid that reduces blood cholesterol and lentinan; a fungal β-glucan that can inhibit tumors by activating the host's immune system.
Other components have been reported to have antibiotic, anticarcinogenic, antithrombotic and antiviral properties that induce interferon.
Very important is the recommendation to use the shiitake mushroom which is suggested to cancer and AIDS patients as an aid to the body's immune system.
Its also a valuable aid in reducing cholesterol levels in patients with heart disease.
Although shiitake mushroom shouldn't be used as the only substitute for proper medical regimens or procedures, growing consensus indicates that this mushroom, in its immune system enhancing capacity, can be used as an adjunct to other treatments and may improve well-being general of a patient. 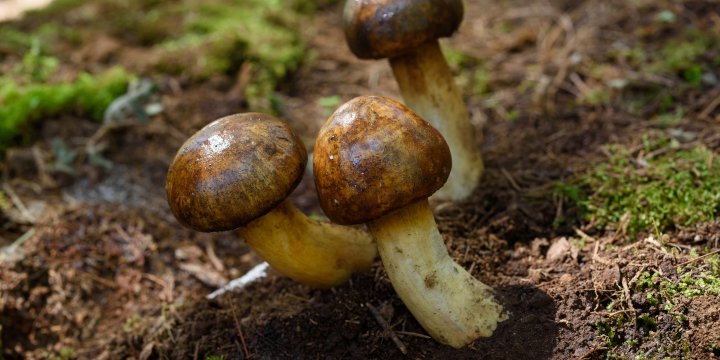 Also improves the lipid profile by lowering triglycerides and cholesterol

Shiitake: ally of the heart

Three specific compounds that compose it, have the characteristic of reducing blood cholesterol by increasing heart health:

A study in rats with high blood pressure found that shiitake powder prevented the blood pressure from rising, and a further study in rats fed a high-fat diet also showed that, those who were given the shiitake mushroom developed less liver fat and plaque on the artery walls and lower cholesterol levels than those who did not eat the medicinal mushroom.
It boasts a true tradition as a medicinal mushroom, used for centuries in TCM (Traditional Chinese Medicine) as well as in Japan where it is still widely used.
In traditional Chinese medicine, shiitake is used for problems related to lipid metabolism and for the flu.
Furthermore, its believed that it "revives" the blood by offering viral energy and eliminates hunger as well as being considered a remedy for the common cold.
Traditional Oriental Medicine also claims that its able to stimulate the IQ, the primordial life energy that animates the body and connects it to the living cosmos.
Its main action remains that of supporting the immune system even if it requires an active autonomic nervous system, the pituitary-adrenal axis in good condition and a functioning thymus.
From the chemical point of view, the secret of the beneficial properties that affects practically all medicinal mushrooms lies in the presence of polysaccharides; macromolecules of highly variable structure consisting of a repeated sequence of sugars containing numerous sections of oxygen which, broken down by the body, are released and absorbed at the cellular level.
The beta-glucans present in Shiitake, which represent the polysaccharides that make up the cell wall of fungi, have the ability to favor and activate immune cells in the presence of infectious, viral and bacterial diseases by increasing the presence of macrophage cells, NK and subpopulations of helper T cells.
Research on the individual components of medicinal mushrooms and their synergistic and therapeutic action are still ongoing but, to date, even Shiitake can boast of an interesting collection of studies that attest to its many health benefits.
In mycotherapy, in fact, this fungus is also attributed hypocholesterolizing and supportive properties in the treatment of cardiovascular disorders and as a contrast to arteriosclerosis.
Also known for its circulation regulating action; interesting properties are also attributed to this fungus in favor of liver function and the protection of this organ.
However, these effects are still being researched and need to be confirmed in human studies before conclusions can be drawn that confirm evidence.

Suggested articles
Reishi | Benefits and properties of reishi, the "immortality mushroom"
Cordyceps sinensis: how and why to use it
Chaga: health's mushroom