Its crucial know and understand which physiological and biochemical processes must take place in order to maximize an optimal training stimulus.
Concepts such as progressive increase in mechanical tension, muscle damage and metabolic stress must be understood and, above all, contextualized as they contribute, in a synergistic way, to an adaptive response or muscle adaptive response.

But what are the possible pathways that lead to sarcoplasmic stimulation (SST) involving metabolic pathways?

A working method consisting of exercises performed at 70-80% of 1RM up to concentric failure to be repeated twice with rest intervals of 20 seconds in between.
The next step is to reduce the load/resistance by 20% and perform an additional set with a 4/0/1/0 time after a 20 second rest interval.
20% of the load/resistance will again be reduced and a series with 1/0/4/0 time will be completed until failure.
In the last series, however, the load will be further reduced by 20% and, after a rest interval of 20 seconds, a static repetition/hold (for example at 90° of elbow flexion) must be performed until yielding. 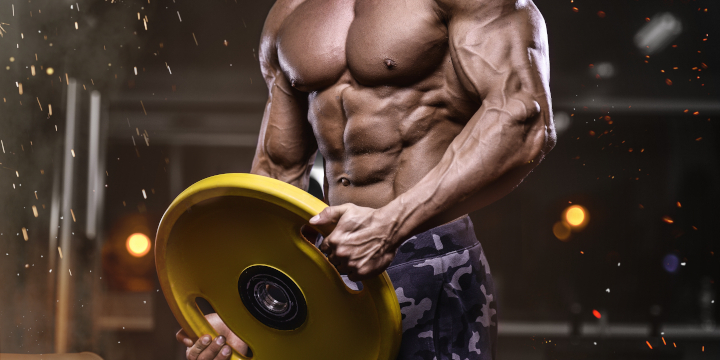 SST is the acronym for Sarcoplasma Stimulating Training: a high-intensity work method for increasing sarcoplasmic hypertrophy

A variation of the SST method refers to performing 8 sets at 70-80% 1RM with programmed rest intervals between sets of 45-30-15-5-15-30 and 45 seconds but without weight reduction.
The main objective of the SST method is to induce high metabolic stress by using a resistance that forces a recruitment of type 2 fibers (fast twitch).

SST method: is a really work?

A recent study (de Almeida et al.) Showed that, an SST protocol as described above, resulted in a greater response on muscle thickness (in the acute phase), in trained subjects, of the biceps and triceps brachial compared to a traditional scheme ( RT) even when the total training volume was higher in the traditional scheme.
Evidence suggests beneficial effects of the SST method in the acute increase of the thickness of the trained muscle in both amateur and advanced subjects despite a lower training volume than a traditional (RT) scheme.

A training method that includes different techniques and variants and that requires specific starting points to obtain the increase of muscle tissues.

Do you want to know the secret doing it?
In the next article Patrick Tuor brings us the goal: to volumize the muscle fiber and the techniques of the SST method that must be applied to achieve it.

Suggested articles
Plicometry: the unspoken truths
Is there a "best training for hypertrophy"? Volume vs Intensity
HST Training Program