The main dietary supplements for MMA and combat sports

Food supplements, in general, must be seen as a support and supplement, if necessary, with respect to the nutrients ingested with food.

In sports with a complex and extremely intense performance model such as MMA (Mixed Martial Arts) and combat sports, food supplements can be a great help in achieving maximum performance.

The intensity generated by a training session, whether it is MMA or other combat sport, often leads to a very high calorie expenditure, with a high consumption of carbohydrates, to the point of risking to affect muscle Protein for energy purposes (gluconeogenesis ).

If the diet is not well supported and administered to the athlete who performs the performance, and if the same does not take specific carbohydrates - liquids - during training, the risk of catabolizing muscle Protein with consequent decline not only in muscles but also of performance is concrete, and can also compromise post-performance muscle recovery.

The use of adequate protein supplementation after an MMA or combat sport session will therefore help the athlete in supporting the repair of muscle tissues damaged by training. 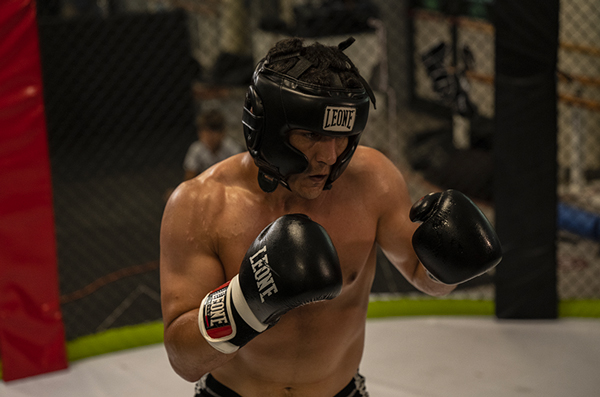 This "recovery" effect will be synergistically enhanced by restoring the glycogen stocks consumed, thanks to the introduction of preferably simple carbohydrates - or those with a high molecular weight - of the new generation. The ideal Protein to use in this circumstance will be ion exchange whey, one of the best ingestible sources in terms of digestion, assimilation and absorption.

Per about fifty percent, glutamine is the amino acid most present in muscle tissue. During intense workouts the levels of this important amino acid drop a lot, thus slowing down the recovery and adaptation processes.

Supplementation in the immediate post-workout acts as a powerful anti-catabolic and cellular moisturizer, and is of great importance - although its role as a nitrogen transporter in muscle cells and the immune system, often tested by intense stress, should not be forgotten.

Creatine is formed from the combination in the liver of three amino acids, arginine, glycine and methionine.

Creatine is certainly the most famous supplement of recent years, due to its great utility and function in the sports field, so much so that it is the most studied supplement with the greatest number of scientific publications. Our body uses a compound called adenosine triphosphate (better known as ATP), which is readily available as an energy source, so when a strong energy boost is needed (such as lifting weights, kicking and punching or fighting land), this comes from the ATP.

The problem is that the muscles contain ATP for a duration of about 10-15 seconds, so creatine comes into action supporting this need to provide more energy substrate and extend the duration of the intensive effort. The fighter will then be able to train at a higher intensity level, obtain more contractile and explosive muscle strength, for a prolonged period of time, all characteristics certainly of great advantage for any fighter.

An energy key macronutrient, carbohydrates are the body's preferred energy source. When training, it is necessary to do it with adequate levels of muscle and liver supplies, which then must be adequately refreshed after the training session, to promote faster recovery processes. 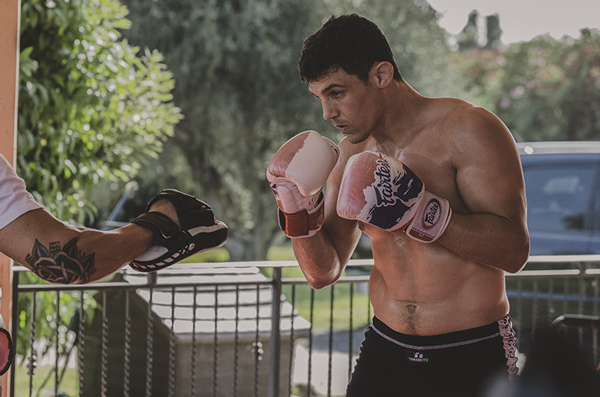 In addition to those introduced with a correct diet, in relation to the intensity of the training carried out, it could be useful to include drinks based on liquid carbohydrates in your routine. This must be done by choosing intelligently among the many variables on the market: from glucose to maltodextrins (therefore old generation), up to high molecular weight carbohydrates very fast to absorb, to have them circulating in the blood during training (an example is represented by cyclodextrins, to be taken in sips during the session), so as to be able to constantly support the effort, with a gradual release to the muscles.

Caffeine is undoubtedly the most used stimulant in the world. We can find it in various forms: as a drink, as a supplement, in energy drinks or even in chocolate.

After its intake, it can reach maximum circulating levels within an hour (or even less), with a stimulating effect on the brain, causing a rise in blood pressure, heartbeat, gastric acid production and promoting the mobilization of fatty acids.

Per its many effects, but above all for its activity as an ergogenic stimulant, which promotes performance, caffeine is used a lot by some categories of sportsmen such as fighters.

Very important is its ability to mobilize fatty acids from the accumulation stocks, favoring their use for energy purposes, saving at the same time precious muscle (and hepatic) glycogen, and therefore helping to prolong the potential for duration of effort with less fatigue. . It is important to bear in mind that this saving is crucial, especially in the first fifteen minutes of the performance.

This powerful substance, however, finds different subjective responses: some people can in fact suffer some of the typical disorders given by caffeine, such as poor sleep quality, gastrointestinal disorders, feelings of fatigue, headaches, excess anxiety and muscle cramps.

In recent times, beta-alanine has found a lot of support in the panorama of endurance sports, as well as in combat sports. Its usefulness is linked to the fact that it is an amino acid precursor of the carnosine dipeptide, therefore essential for the production of carnosine.

Carnosine is involved in the regulation of muscle pH, so it acts as a buffer, neutralizing the hydrogen ions accumulated during intense physical activity, which prevent the muscles from contracting in the best way, resulting in muscle fatigue and reducing the strength of the capacity. of performance.

Thanks to a greater concentration of carnosine in the muscles, it is possible to prolong training sessions and make them more intense.

These are just some of the very useful and commonly used supplements in the world of combat sports such as MMA.

Nowadays the fighter is an athlete who is committed on several fronts, training in different disciplines and combining them with empowerment and a lot of aerobic conditioning work.