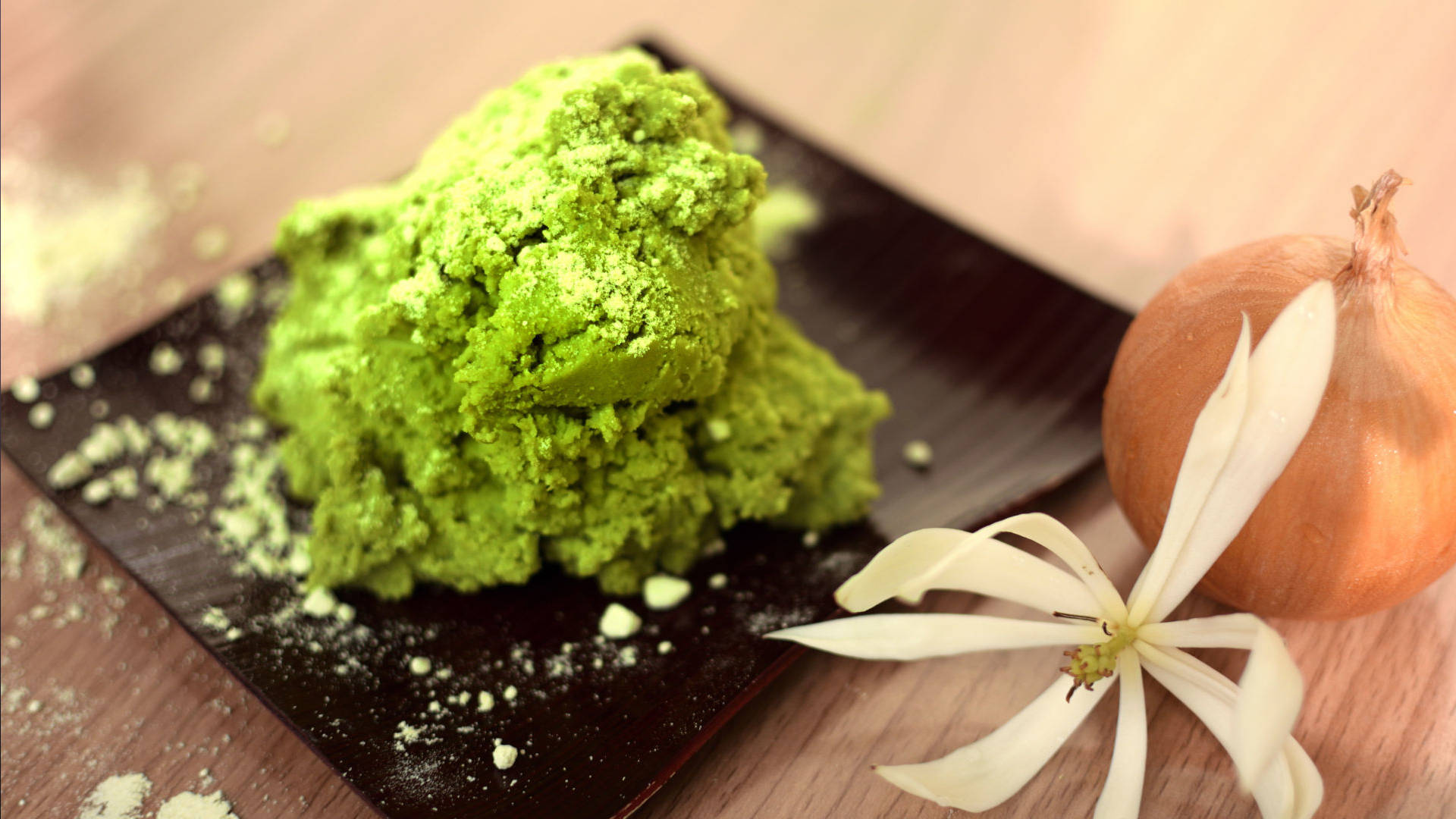 The secret of the famous green sauce lies in its spiciness, so much so that it is known by the name of namida which in Japanese means tear.
If used, in fact, in excessive it makes you cry but with criteria it reveals a concentration of well-being to be known..

Eutrema japonicum (wasabia japonica) is its real name but is known everywhere as wasabi or Japanese radish; the plant of Japanese origin belonging to the Cruciferous family.
The plant grows near rivers and in colder areas of Japan, in particular, in the mountains or valleys at high altitudes.
Its roots need crystal clear water in order to grow and become plants.
Both the leaves and the rhizome are used of the wasabi, which is the part from which the green sauce (or pasta given its consistency) is obtained.
The leaves, on the other hand, left to dry produce the wasabi powder used to flavor various dishes. 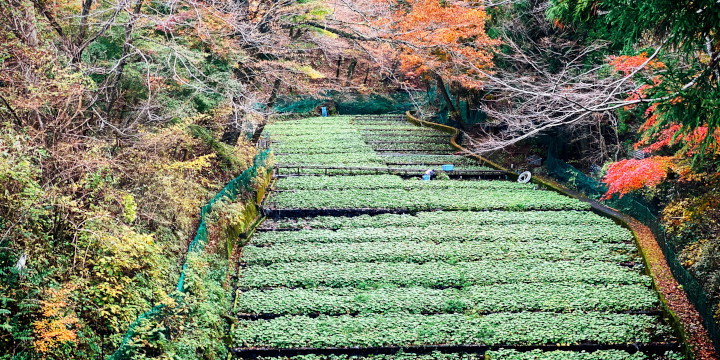 There is no real season for harvesting this plant: it can be grown all year round by controlling the growth of its seedlings but it remains one of the most difficult crops to grow in the world; a plant that takes even six years to give its seeds.

Much more than just a spice

Famous for being the sushi sauce; wasabi is a root to which, recent studies, attribute numerous beneficial properties for our body.
Thanks to presence of isothiocyanates; the molecules that give wasabi its flavor, this root boasts antibacterial properties and is used, especially among the Japanese who believe so much in the beneficial properties of this plant, in the eradication of streptococcus, staphylococcus and Helicobacter pylori; the bacterium responsible for gastric ulcer.
Also used in the treatment of joint pain and to fight colds and sore throats thanks to its anti-inflammatory properties, wasabi also purifying and detoxifying properties: this plant is able, in fact, to ensure the elimination of toxic compounds to our body which tend to accumulate in hepatic fat and a total cleaning of the tissues with the elimination of lipids. 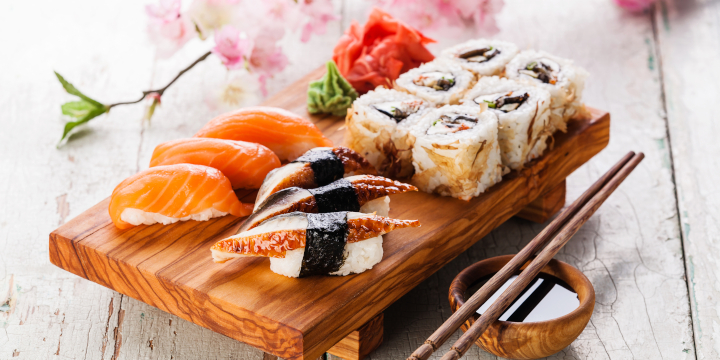 Perfect sauce to give flavor food but also beneficial and, therefore, a good reason or an excuse dont miss sushi..

The Japanese believe that this is the sauce of longevity because it is a real concentrate of Vitamin C and antioxidants that allow the assimilation of iron and production of collagen; the protein that keeps the tissues toned and counteracts the formation of wrinkles.
A sauce also rich in other vitamins such as A, beneficial for the skin and vision protection, those of group B, essential for the nervous system and for the metabolism of sugars and minerals such as potassium, zinc, calcium and the iron.

Wasabi: how is it used in the kitchen? 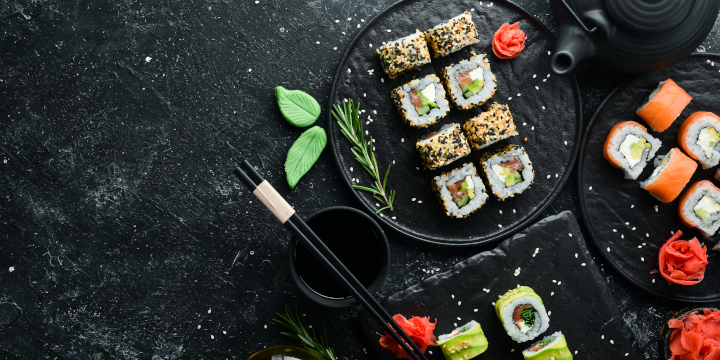 The root of wasabi is known and, above all, used for the preparation of the sauce that accompanies meat and raw fish, sushi, sashimi and tempura.
Green in color, wasabi has a rather spicy flavor while the powder has a less strong taste than pasta.
In particular, its use is linked to savory dishes but it is not uncommon to find wasabi to accompany desserts and even ice cream.
The spice is used sprinkled on popcorn and mayonnaise to enhance the taste but it has come to be put in desserts.

Inserted, also in Italy, inside the dark chocolate squares to give more flavor but also to enhance the beneficial properties attributed to both foods.
The latest trend concerns ice cream made with milk, cream, sugar and wasabi; a version designed for lovers of strong flavors and for those who love to experiment with truly unusual dishes. 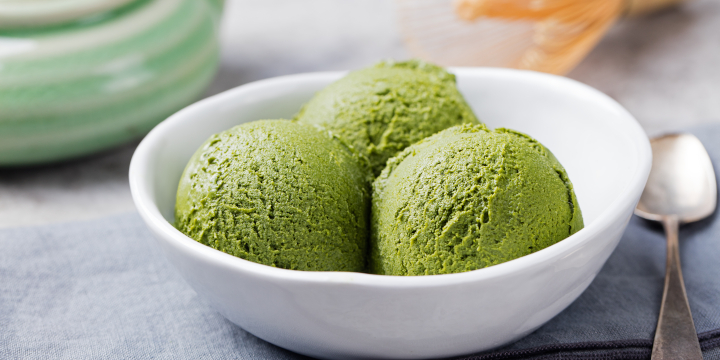 Have you ever tried wasabi ice cream or do you prefer use this sauce only with sushi? Did you know the beneficial properties?

Tell us everything in the comments!!!